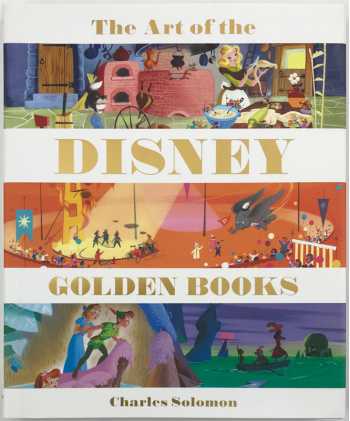 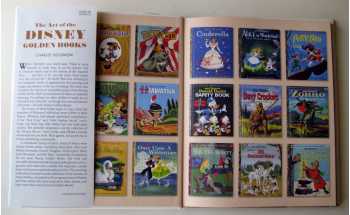 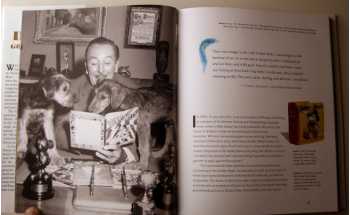 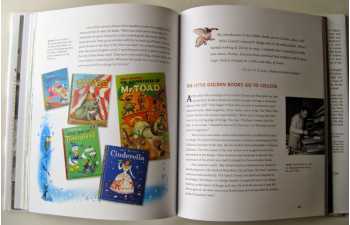 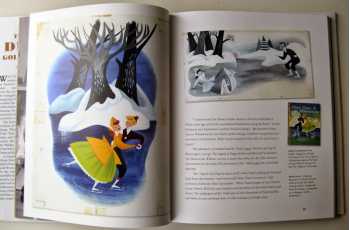 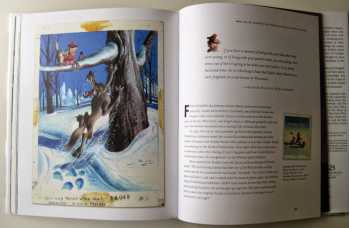 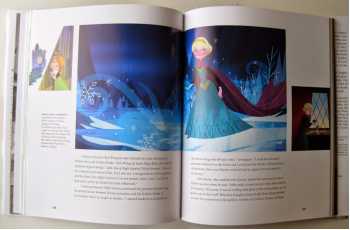 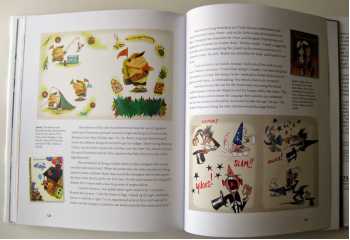 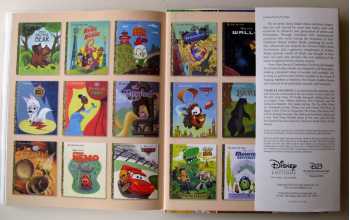 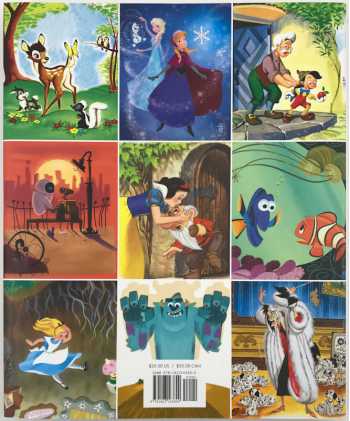 This out-of-print book is a treasure trove of Golden Book and Little Golden Book art, much of it taken from new scans/photographs of the original artwork only recently discovered and salvaged from destruction. You've never seen this artwork reproduced as crisply or vibrantly.

This tells the story of Disney's children's picture books from 1933 to the present. With numerous quotes and anecdotes from the world of animation: Genndy Tartarkovsky, Chris Sanders, Pete Docter, John Lasseter, etc.

Walt Disney once wisely said, ""There is more treasure in books than in all pirates' loot on Treasure Island and at the bottom of the Spanish Main . . . and best of all, you can enjoy these riches every day of your life."" No doubt Walt was referring to the intangible wealth of opportunities for learning and imagining inherent in the act of reading, but when one considers the vibrant art and gilded spines of the Disney Golden Books, Walt's pronouncement takes on a parallel meaning. For perhaps no other children's books are as cherished and collected-as though they were doubloons and jewels-than the Disney Golden Books. The history of these books began in 1933, when the president of Whitman Publishing wrote a letter to Walt Disney. Whitman had already published compilations of the ""Dick Tracy"" and ""Little Orphan Annie"" comic strips, and these Big Little Books had met with great success. The publisher proposed a similar collection of the ""Mickey Mouse"" comic strips, and offered a royalty of one-half percent per book. Walt agreed, and a new era in Disney publishing commenced. A remarkable lineup of talent, many of whom were Disney Studio artists- including Mary Blair, Alice and Martin Provensen, Gustaf Tenggren, Al Dempster, Retta Scott Worcester, and Bill Peet-created the illustrations for the early Disney Golden Books. The bold and incredibly detailed artwork was painstakingly executed in gouache and watercolor-media that required a steady hand and immense patience and precision. The resulting publications became favorite selections in the libraries of many children, among them, future generations of Disney and Pixar artists who were inspired to draw, dream, and later, create their own films and Golden Books. The Art of the Disney Golden Books celebrates a legacy that has now thrived for more than eighty years and continues to influence new generations of artists and filmmakers. Through interviews with contemporary animators who recall tracing the characters in their childhood Disney Golden Books, paintings by artists who influenced and inspired the Disney Golden Book illustrations, and a generous complement of Golden Book artwork-much of which was thought to have been lost until very recently-the rich tradition of the series is explored in this vibrant volume. From Peter Pan and Cinderella to Toy Story and Tangled, the Disney Golden Books are displayed in all their glory, evoking a poignant sense of wonder and nostalgia. For as long as parents and children partake in the ritual of reading together at bedtime, the Disney Golden Books will continue to be published, enjoyed, and treasured.

Solomon covers the beleaguered history of the imprint and shares the story of how the company went through a series of acquisitions and bankruptcies. The tale of Ken Shue at Disney Publishing rescuing the bulk of the art is touching; in hindsight, it's pretty amazing that the art wasn't destroyed a long time ago. The bulk of the artwork in the book comes from the saved boxes. After the acquisition of the art, we learn more about how it was archived and preserved. In many cases, the art recovered were original paintings by Hench, Blair and the others.

To me, this is an example of a Disney history book done very well. Not only does it show off absolutely spectacular art by some of the best Disney artists, but Solomon is able to weave an engrossing history of the book series and the Disney artists. The book is completely accessible for lay persons, fans of Golden Books and Disney historians. If you have any interest in the art from the Disney Golden Books, then I urge you to pick up this book. You won't be disappointed!