Sign in | Register
HomeNew ArrivalsThe Art of the Incredibles (Near Fine) 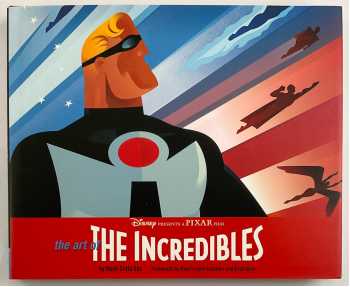 From Pixar Animation Studios, the Academy Award-winning studio that brought us such blockbusters as Toy Story, Monsters, Inc., and Finding Nemo, comes The Incredibles, a hilarious, action-packed story of a family of superheroes living an underground suburban existence. The sleekly designed settings and characters were conceptualized and developed by writer/director Brad Bird and Pixar's creative team of artists, illustrators, and designers, resulting in a celluloid sensation rich with detail. The Art of The Incredibles celebrates their talent, featuring concept and character sketches, storyboards, and lighting studies, and invites readers into the elaborate creative process of animation through interviews with all the key players at Pixar. With an 8-page gatefold and fabulous color art, this stunning book will delight film-goers, artists, and animation fans alike.

Fine in Near Fine dustjacket (very light wear to dustjacket)