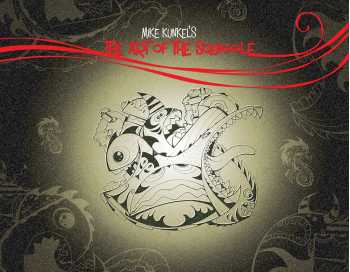 Starting with a single line, Mike Kunkel has created a new series of art images and collected them in this unique hard cover book in a beautiful slipcase.

Mike Kunkel has worked in Animation, Toys, and Comics for over two decades, animating characters for animation features, designing cartoon kids and creatures, and writing and drawing stories in film and books.

He has worked on feature films for Disney, Warner Bros, Sony, and Paramount Studios, also TV Shows for Nickolodeon, Disney, and Cartoon Network, and designed the "Swampy" character for Disney's "Where's my Water?" game, the All-Ages DC Comics Title "Billy Batson and the Magic of Shazam" and he also created the 2-time Eisner award-winning book "Herobear and the Kid."