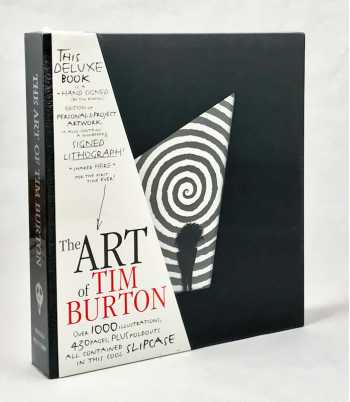 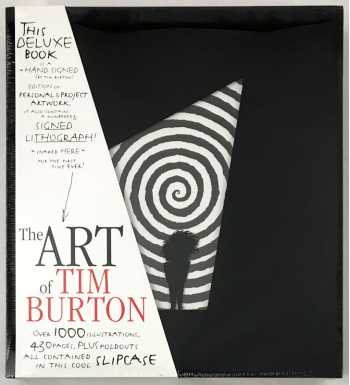 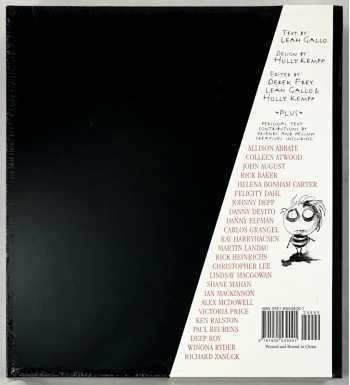 This is the First Edition, First Printing of the deluxe edition limited to 1000 copies signed by the artist.

This ridiculously massive tome is the first ever comprehensive look at the personal and project artwork of Tim Burton. 11.25 x 12.25 x 1.75 inches

The Art of Tim Burton is the definitive compilation of forty years of Tim Burton's artistry, including film concepts and hundreds of illustrations from his personal archives, edited under the creative guidance of Burton himself. This comprehensive 434 page book is grouped into thirteen chapters that examine common themes in Burton's work, from his fascination with clowns to his passion for misunderstood monsters, to his delight in the oddities of people. Many of Burton's friends and collaborators offer their thoughts, insights and anecdotes about Tim Burton's style and artistic approach to life.

Very Fine in Very Fine slipcase in protective cardboard box
The deluxe edition limited to 1000 copies signed by the artist. Includes a numbered and individually signed lithograph - ready for framing.