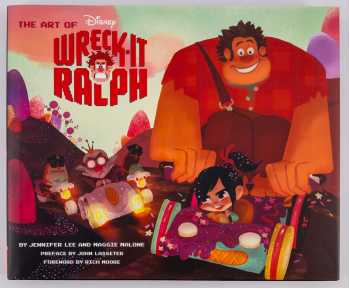 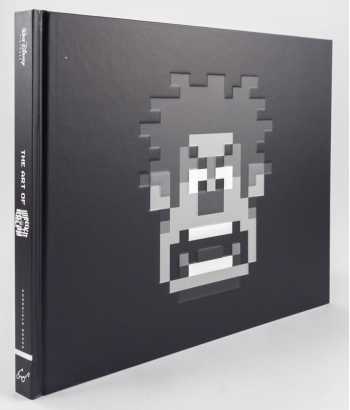 "Usually I recommend these "Art of" books because - let's face it - even if the movie is no-good, the pre-vis and character designs are usually fantastic. Wreck-It Ralph is not only a great little film, but the artwork is especially fun. Director Rich Moore assembled a hand-picked crew of cartoonists to inspire the look of the film and they did not fail. No wonder the stuff on the screen looks so good - the preliminary art pictured here shows he had a lot of quality to choose from. Mike Gabriel, Jin Kim, Bill Schwab, Lorelay Bove, Glen Keane, and Minkyu Lee are just a few of the artists supplying the eye candy here, providing the appropriate "sugar rush" you require. This is a good one." --CartoonBrew.com