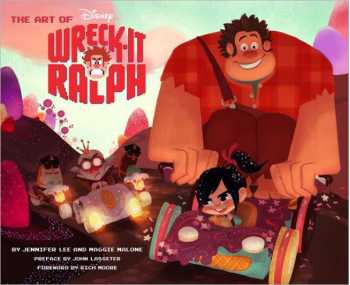 In Wreck-It Ralph, Disney's team of artists explores the hidden world of video games, from classic 8-bit arcade games to the most modern of the digital age. Wreck-It Ralph is a bad guy who breaks all the rules of the arcade when he sets off on a mission to prove he can be a good guy.

This behind-the-scenes look at Disney's latest 3-D animated comedy adventure features character sketches, storyboards, color-scripts, and more. Capturing the artistic journey of the film through interviews with the films many artists plus a foreword by director Rich Moore and a preface by John Lasseter, The Art of Wreck-It Ralph is a treat for video game and animation lovers alike.

Rich Moore is the director of Wreck-It Ralph. He is a multiple Emmy® Award-winning director on TVs The Simpsons and Futurama.