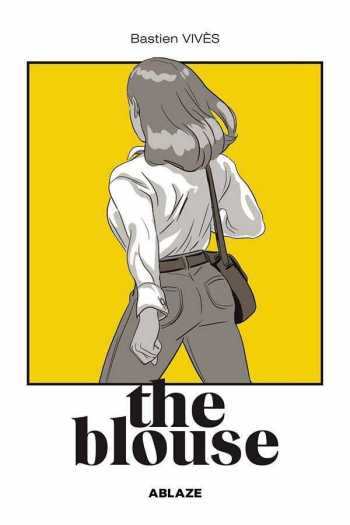 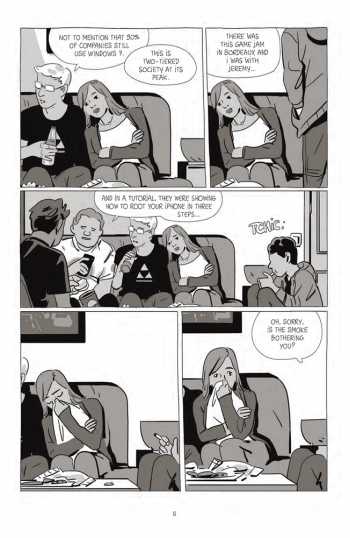 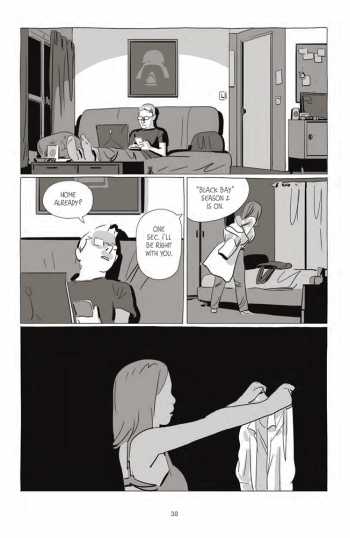 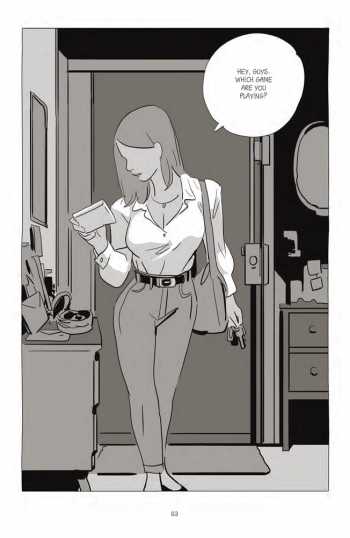 Bastien Vives in English! Vives' is one of France's brightest graphic novelists and this story is one of his most provocative.

Vives manages the rare feat of striking a balance tonally in this graphic novel combining a dramatic story with numerous explicit sex scenes.

Ablaze rates this as suitable for readers 16 or older, but in a lot of states, I think retailers would be busted for selling this to a minor! So, here at least, For Sale To Adults Only.

A student of Classical Literature at the Sorbonne, Séverine is neither beautiful, ugly, brilliant, nor mediocre. The young woman lives a banal existence, without brilliance but without drama, alongside a companion who pays her less attention than a television series or video game.

After babysitting, she is given a silk blouse that will mysteriously change her life. From that day forward, men give her a different look, loaded with desire. Does the garment have a magic power? Séverine doesn't know, but she finds that it gives her confidence. And it allows her to take destiny into her own hands...

With the grace and the sensuality which he has in particular already demonstrated in "A Sister", Bastien Vivès draws a new female portrait completely adult and contemporary in "The Blouse".

Bastien Vives spent his childhood drawing with his brother. His studies focused on illustration and animation at the Ecole des Gobelins. After movie-making classes, he dived into comics, and his first title came out in 2007. He was raised on Stallone, Spielberg, Teenage Mutant Ninja Turtles, Richard Corben, and Bill Watterson.… They inspired him to take up this life.