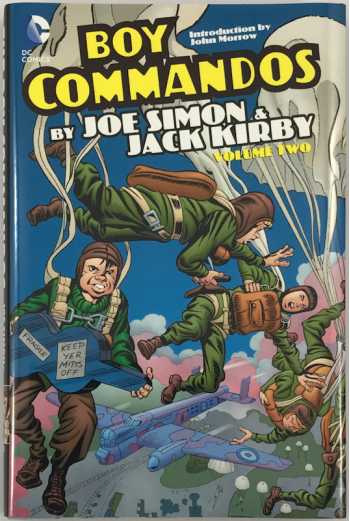 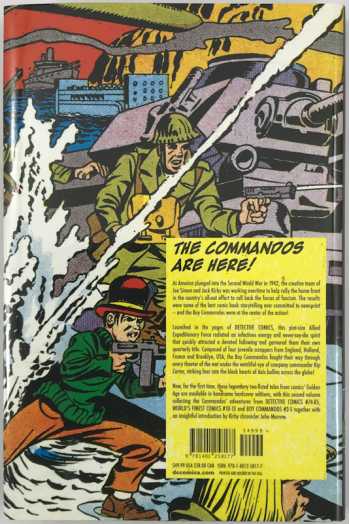 In my opinion, the best archival edition of this material because of the paper stock: it looks like the comic book. Archival collections are typically printed on a whiter coated stock than the original comics and the coloring is not adjusted to compensate for that, so the colors are too bright and too garish. The colors here are muted and the overall reproduction looks closest to the original comic books. And that is what I want whether I'm indulging in nostalgia or coming to the work for the very first time.

Legendary two-fisted tales from comics' Golden Age are available in handsome hardcover editions for the first time ever!

The Nazi menace has fortified the entire European continent to repel any efforts at liberation. Uprooting these entrenched forces will take more than a navy, more than an air force, more than a mighty army--it will take the Commandos!

Led by Captain Rip Carter, the Commandos stand ready to strike at the enemy with devastating surprise anywhere in the world--and serving alongside these highly trained men are four irrepressible youths whose fighting spirit more than matches their elders' determination. Jan, Pierre, Alfy and Brooklyn--these are Joe Simon and Jack Kirby's Boy Commandos!

This second volume collects the Commandos' adventures from DETECTIVE COMICS #74-85, WORLD'S FINEST COMICS #10-13 and BOY COMMANDOS #3-5 together with an insightful introduction by Kirby chronicler John Morrow.

Written, Pencilled and Inked by Joe Simon and Jack Kirby