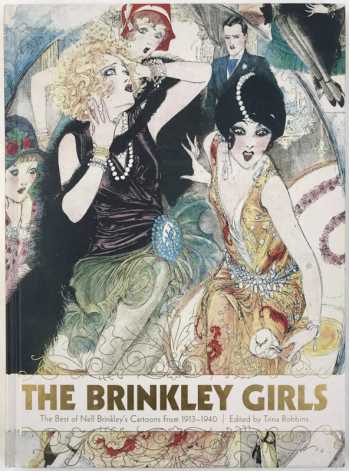 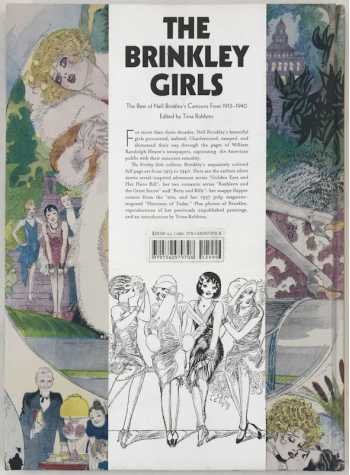 For over thirty years Nell Brinkley's beautiful girls pirouetted, waltzed, Charlestoned, vamped and shimmied their way through the pages of William Randolph Hearst's newspapers, captivating the American public with their innocent sexuality. This sumptuously designed oversized hardcover collects Brinkley's breathtakingly spectacular, exquisitely colored full page art from 1913 to 1940. Here are her earliest silent movie serial-inspired adventure series, "Golden Eyes and Her Hero, Bill;" her almost too romantic series, "Betty and Billy and Their Love Through the Ages;" her snappy flapper comics from the 1920s; her 1937 pulp magazine-inspired "Heroines of Today." Included are photos of Nell, reproductions of her hitherto unpublished paintings, and an informative introduction by the book's editor, Trina Robbins.

In 1907, at the tender age of 22, Nell Brinkley came to New York to draw for the Hearst syndicate. Within a year, she had become a household name. Flo Ziegfeld dressed his dancers as "Brinkley Girls," in the Ziegfeld Follies. Three popular songs were written about her. Women, aspiring to the masses of curly hair with which Nell adorned her fetching and idealized creations, could buy Nell Brinkley Hair Curlers for ten cents a card. Young girls cut out and saved her drawings, copied them, colored them, and pasted them in scrapbooks. The Brinkley Girls took over from the Gibson Girls.

Nell Brinkley widened her scope to include pen and ink depictions of working women. Brinkley used her fame to campaign for better working conditions and higher pay for women who had joined in the war effort, and who were suffering economic and social dislocation due to acting on their patriotism. Unlike most of her contemporaries, she drew women of different races and cultures. Except among a small group of avid collectors, she has been unjustly forgotten...until now.