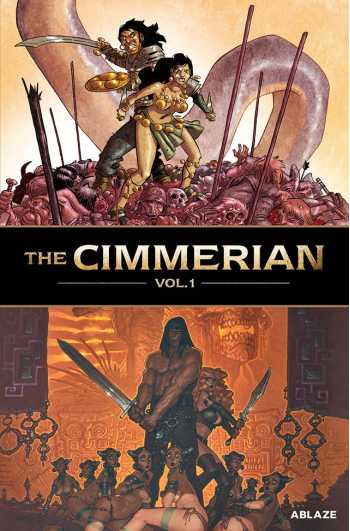 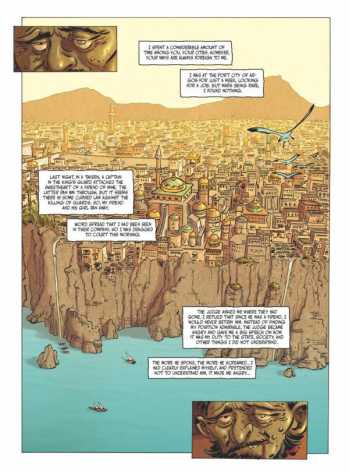 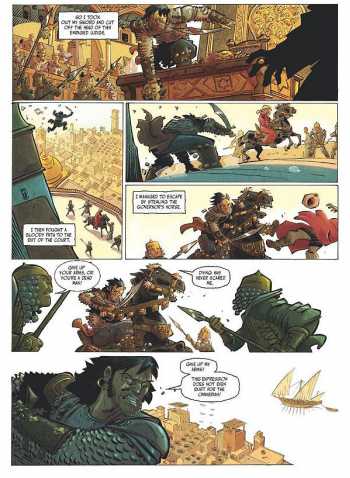 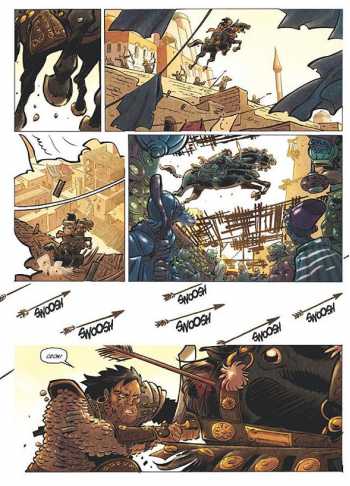 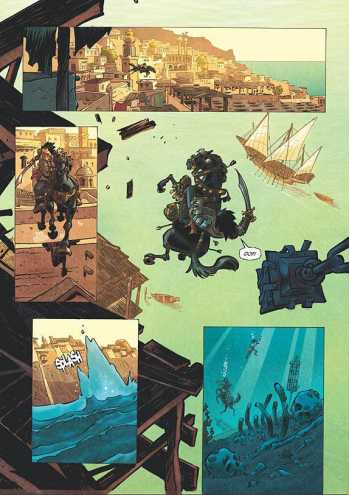 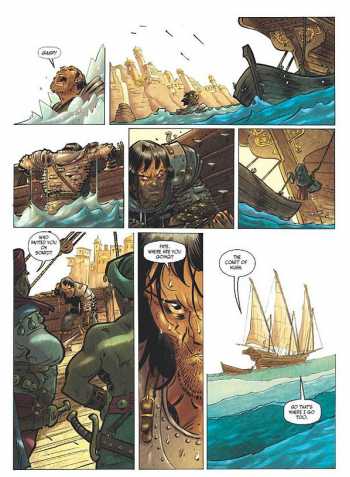 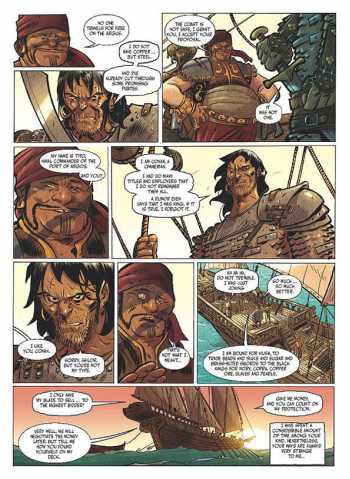 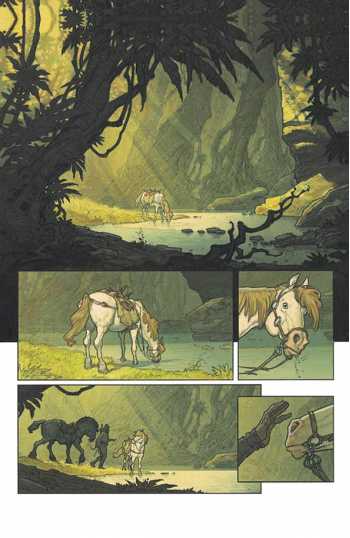 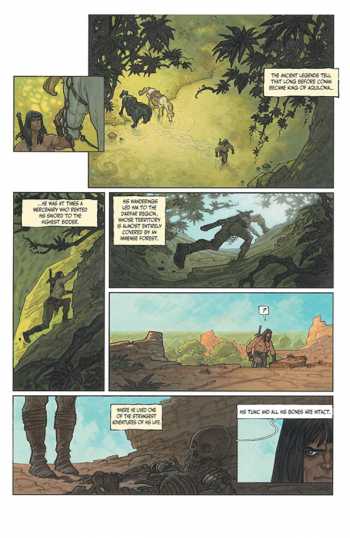 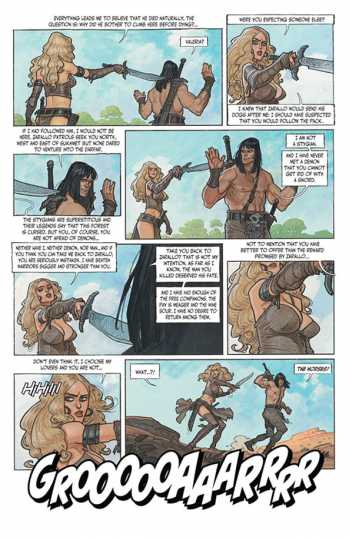 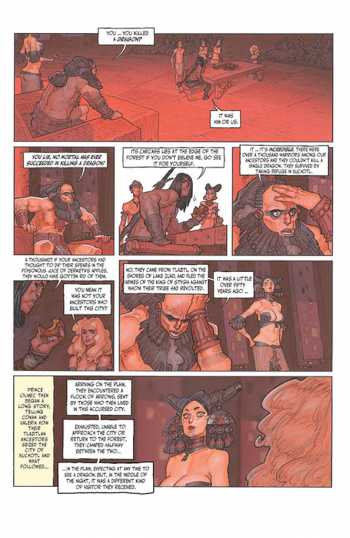 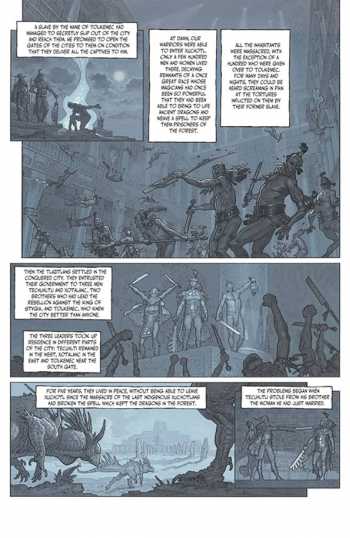 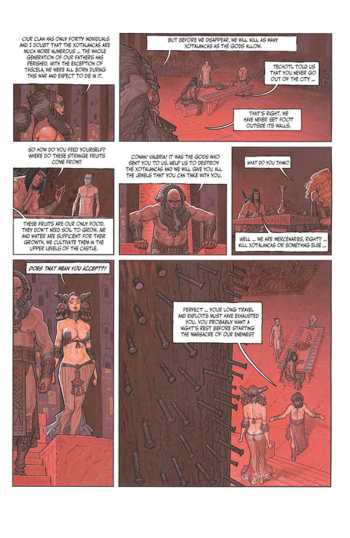 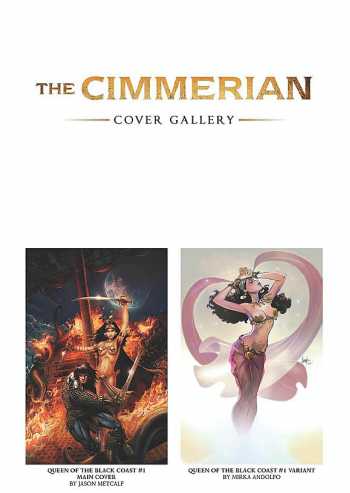 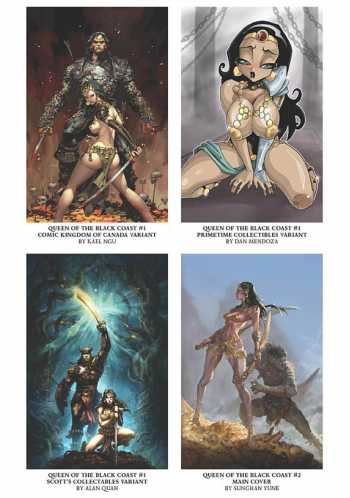 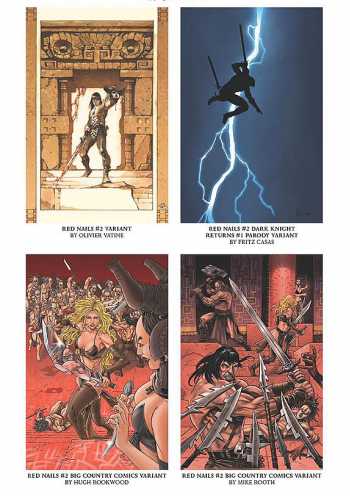 The Cimmerian Vol 1 includes two complete stories, Queen of the Black Coast, and Red Nails, plus bonus material, in one hardcover collection!

In Queen of the Black Coast, Conan seeks refuge on a merchant ship, after being pursued for killing a judge. But soon after setting sail, the Cimmerian and his new companions face a threat: the legendary Belit, self-proclaimed Queen of the Black Coast! Soon finding himself smitten by the lovely Belit, Conan agrees to joins up with her and her crew to brutally pillage and sail the poisonous river Zarkheba, encountering ancient ruins, lost treasure, and winged, vicious monstrosities!

In Red Nails, Conan finds himself in the Darfar region, whose territory is almost entirely covered by a huge forest. Here Conan pledges himself a mercenary, promising his sword to the highest bidder, fighting alongside fellow mercenary and fierce female warrior Valeria. After a clash against a terrible dragon, the two go to a strange fortified city, apparently deserted...but the duo will quickly discover that a civilization lives hidden inside, and that the citadel hides a heavy secret.