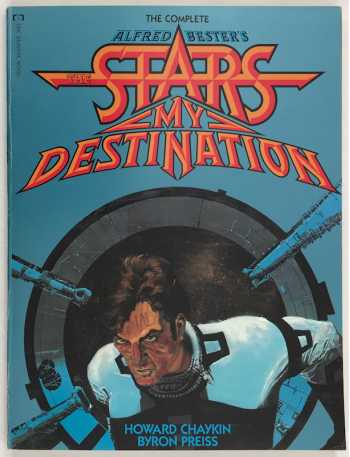 This is the complete 192-page graphic novel adapted from the Alfred Bester novel by Byron Preiss and painted by Howard Chaykin. Long out of print. Scarce.

Marooned in outer space after an attack on his ship, Nomad, Gulliver Foyle lives to obsessively pursue the crew of a rescue vessel that had intended to leave him to die.

The first half of Preiss and Chaykin's graphic adaptation was published by Baronet in 1979; however Baronet never released the second volume. The second half would not appear until fourteen years later in this book publishing both halves.

Near Fine (only light wear, covers lightly rubbed, one very light crease to the back cover, corners sharp, very flat, tight, and clean)