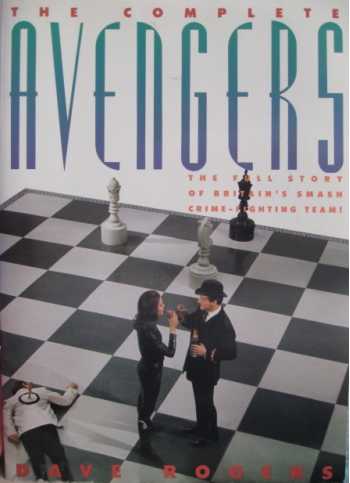 Since its first airing in 1961, The Avengers has become one of the most enduringly popular series in the history of television-reaching its height in the episodes where Patick Macnee starred as the impeccable John Steed opposite Diana Rigg's strong, sensual Mrs. Peel. The Avengers' world was always full of upper-class derring-do, a place of distinctly elegant high jinks-all portrayed with tongue firmly in cheek.

Now, television historian Dave Rogers has assembled into one volume the complete history of this long-running program, from the early episodes featuring Ian Hendry, through the glory days of Diana Rigg, to The New Avengers-and beyond. Drawing on extensive interviews with such Avengers cast members as Linda Thorson ("Tara King"), Patrick Newell ("Mother"), Honor Blackman ("Cathy Gale"), and, of course, Patrick Macnee-plus several of the show's writers-this volume provides:

So kick back, uncork a bottle of vintage '28, and relive the dashing adventures of England's high-class heroes!