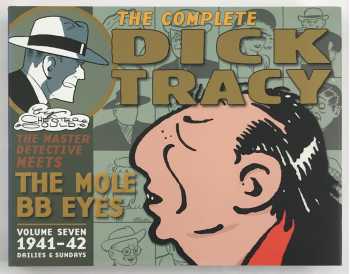 Volume Seven contains over 500 Dick Tracy comic strips from the series' early years, this time covering material that originally ran from January 1941 through June 1942. This volume also includes an introduction by Max Allan Collins, as well as the third historical feature from J.C. Vaughn looking at the evolution of Tracy merchandise.

Edited and Designed by Dean Mullaney