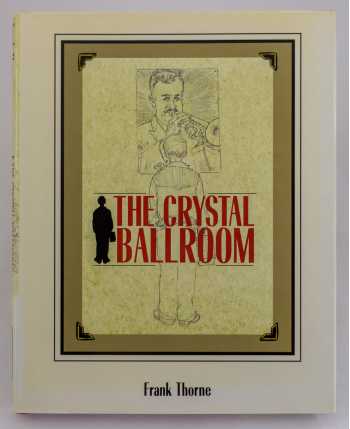 This heavily illustrated autobiography, a sequel to Drawing Sexy Women, features over 80 new drawings done especially for this volume. Out of print.

A moving and eloquent memoir of a professional comic book artist. Frank Thorne is one of the most respected and accomplished comic artists of his generation. He began drawing comic in the 1950s and quickly established himself as a supremely competent draftsman and storyteller. By the mid-'80s, he found himself drawing Red Sonja, a Conan spin-off for Marvel Comics, and discovered that he enjoyed drawing the female form so much that he bolted from mainstream comics and became one of the preeminent erotic artists of his time. The Crystal Ballroom is Frank Thorne's sequel to his first illustrated autobiography, Drawing Sexy Women"--coming of age in the spring of '46," as the sub-title has it. Thorne describes his growing passion for popular culture--Harry James, Artie Shaw, Satchmo, Betty Grable, Buster Crabbe's Flash Gordon as well as Alex Raymond's Flash Gordon newspaper strip (in The New York Journal American), pulp fiction and movies--his growing interest in drawing and playing the coronet, his budding sexuality, and, of course, his dream of playing in The Crystal Ballroom with his jazz idols. By turns an expression of postwar exuberance and bittersweet rite of passage, copiously illustrated with over 80 exquisite pencil drawings by the author that capture the feel of the period and complement the prose, The Crystal Ballroom is the most moving and eloquent memoir of a cartoonist ever written.