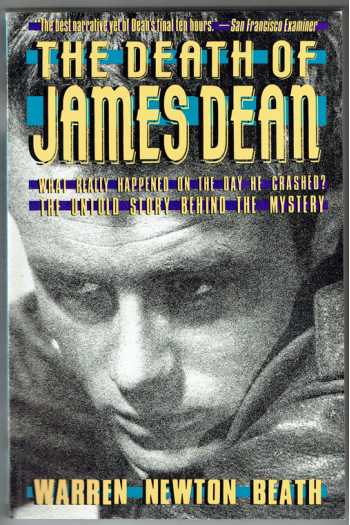 A look into the final hours of Dean's life that led up to his fateful crash on September 30, 1955.

In addition, Beath has explored every nook and cranny of the Dean legend, and his book is studded with fascinating asides: Elvis Presley's worship of Dean, Dean's strange friendship with Maila Nurmi; TV's Vampyra and star of the gloriously execrable Plan 9 From Outer Space; Hitchcock's use of Highway 46 in the famous crop-dusting scene in North by Northwest; death threats against Giant director George Stevens if he dared excise so much as a single frame of Deans' performance.

Beath's definitive account of James Dean's death concludes with a memorable portrait of the James Dean cult, a strangely moving record of his posthumous life in the hearts of his adoring fans.

This book is from the estate of Dave Stevens (1955-2008) artist and creator of The Rocketeer.