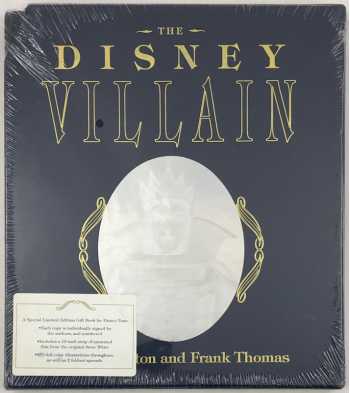 This is the Deluxe Edition signed by the authors Frank Thomas and Ollie Johnston.

-A Special Limited Edition Gift Book for Disney Fans!
-Each copy is signed by the authors and individually numbered.
-Includes a 12-inch strip of 35mm animated film from the original "Snow White."
-250 full-color illustrations as well as two foldout spreads.
-The book is bound in navy cloth with gilt, tooled signatures of Johnston and Thomas impressed across the front cover.
-The handsome slipcase is bound in matching navy cloth with gilt titles and a colorful hologram of the evil Queen.