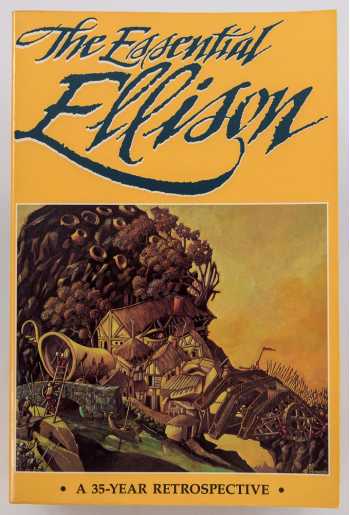 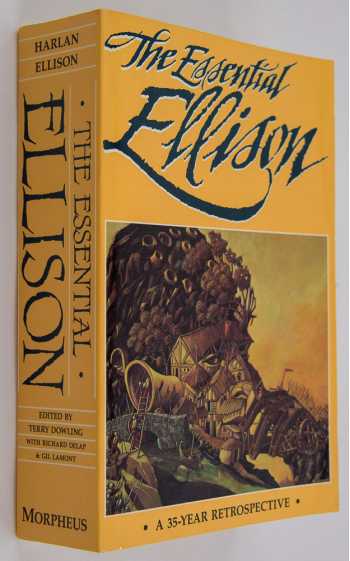 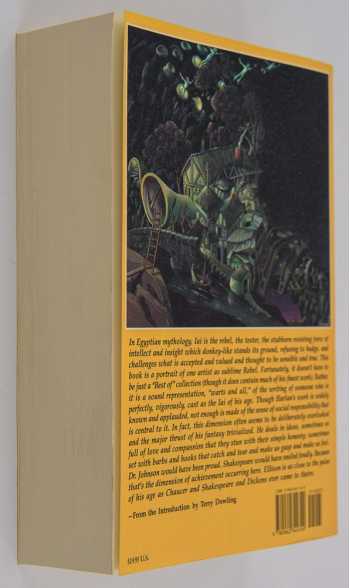 Signed by the late Harlan Ellison.

Harlan Ellison is probably best known as a script writer for sci-fi and fantasy movies and TV series such as the original Outer Limits, The Hunger, Logan's Run, and Babylon Five. But his range is much broader than that, encompassing stories, novels, essays, reviews, reminiscences, plays, even fake autobiographies. Essential Ellison includes contains 74 unabridged works, including such classics as "A Boy and His Dog," "Xenogenesis," and "Mefisto in Onyx." Includes black-and-white photos. Edited by Terry Dowling, with Ricard Delap and Gil Lamont.

Over a thousand pages, attractively designed, printed and bound, containing 67 stories, essays and odds and ends, graced with several photographs and drawings, this impressive book is as much an homage to the 30-plus-year career of the energetic, talented and abrasive Harlan Ellison as it is a collection of his work. Included here are the famous and award-winning stories, like the apocalyptic ""I Have No Mouth and I Must Scream,'' the anti-authoritarian `` `Repent Harlequin' Said the Ticktockman,'' the seriocomic post-Holocaust ``A Boy and His Dog'' and the touching yet scary ``Jeffty Is Five,'' as well as dozens of other tales, good to excellent. There are also several early pieces by the 15-year-old Ellison (demonstrating almost no promise); a number of memoirs, about his father, his mother, his relationships with women, life in L.A. (particularly pointed and amusing) and on being arrested at the age of 23 and thrown in the old New York holding pen called the Tombs. The editors note that the texts are the preferred ones, superseding all others. Indispensable for Ellison fans, diverting (at least) for the general reader.