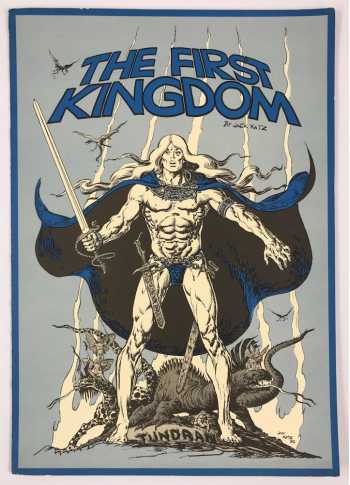 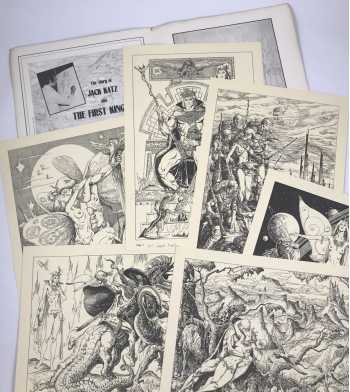 Six black-and-white plates in an extra-illustrated, printed folder. Signed by the artist on the first plate.

The First Kingdom was a 24-issue, 768-page graphic novel that Jack Katz completed over 12 years, from 1974 to 1986. An epic science fiction story set "on a new, post-nuclear prehistoric era with tribes fighting for survival on a primitive, fantastic Earth filled with gods and monsters."