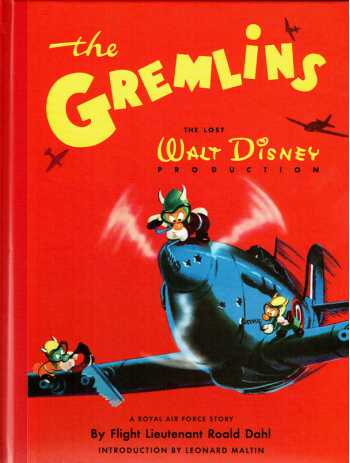 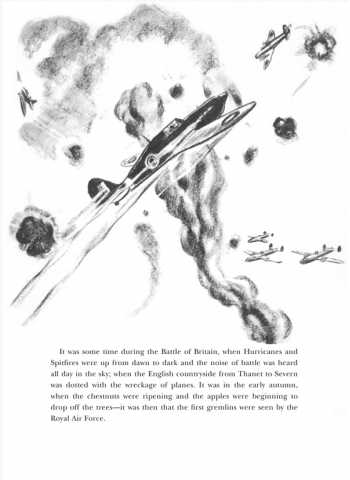 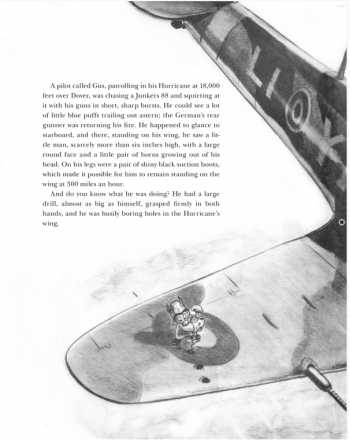 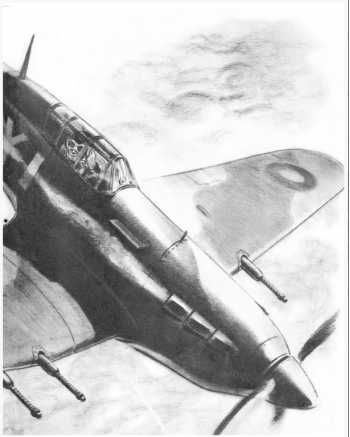 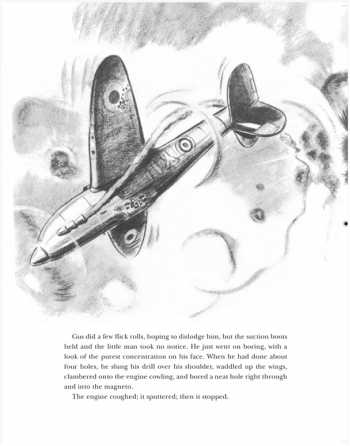 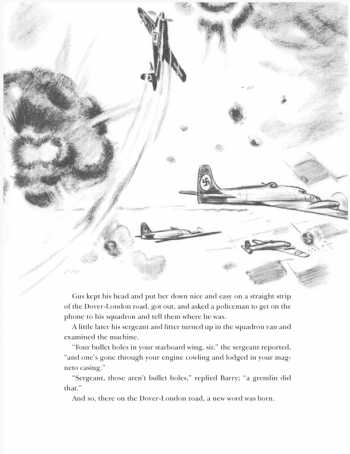 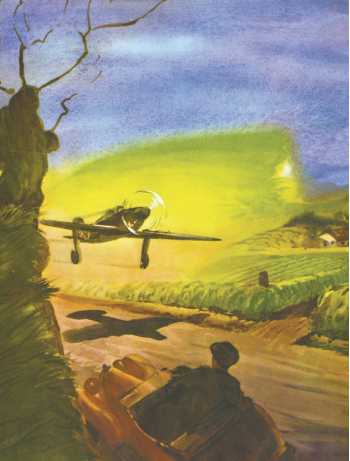 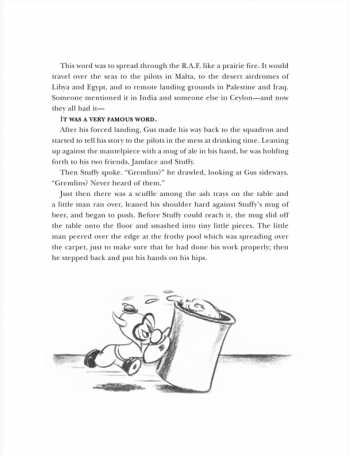 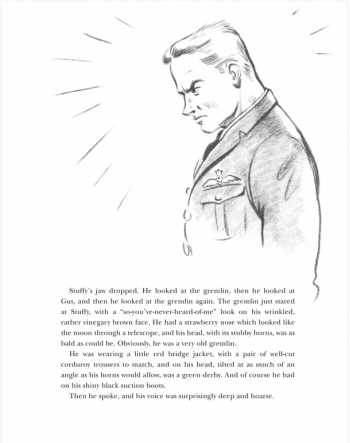 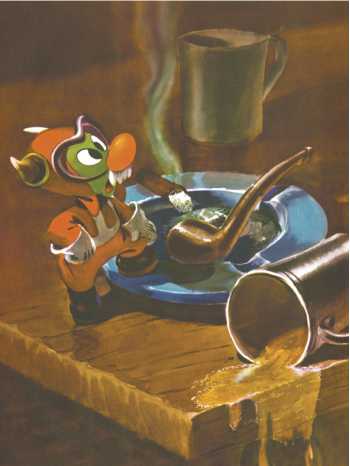 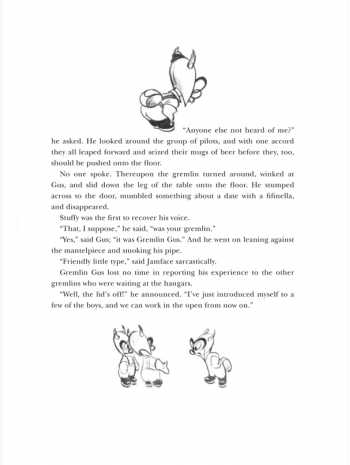 Published in 1943 and long unavailable, Dark Horse Books is proud to present this landmark book from the author of such beloved tales as Charlie and the Chocolate Factory, James and the Giant Peach, and Matilda. Digitally restored, this remarkable presentation of Dahl's classic story, lavishly illustrated by the artists of the Walt Disney Studios, will delight readers of all ages!

The Gremlins is the story of Gus, a British World War II fighter pilot, who during the Battle of Britain turned to look out on the wing of his plane only to see an amazing sight: a little man, no more than six inches tall with horns growing from his head, drilling a hole in the plane's wing. Gus was the first man to ever see a Gremlin, and what happened after that would change the war, and the world, forever.

Bought by Walt Disney to be produced as an animated motion picture (and considered to be the first story featuring the mythical airplane-sabotaging creatures known as Gremlins), the project was ultimately shelved and is reprinted here for the first time in over sixty years.