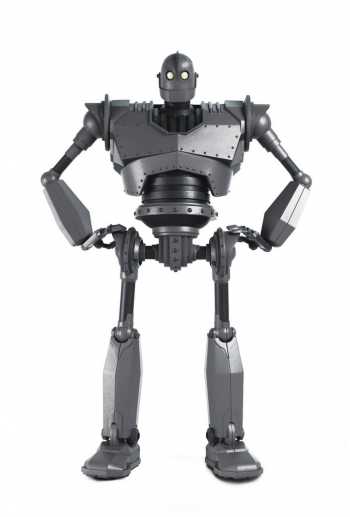 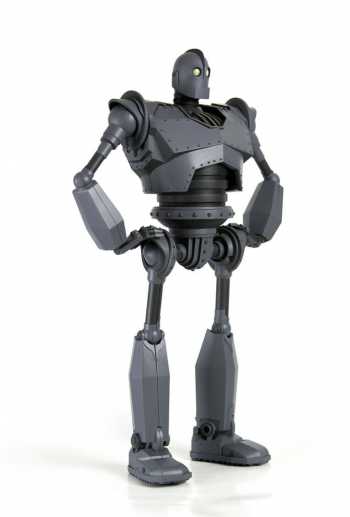 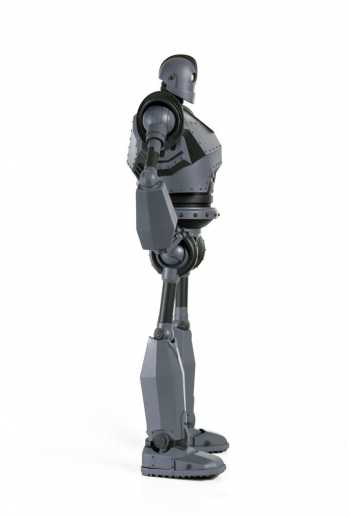 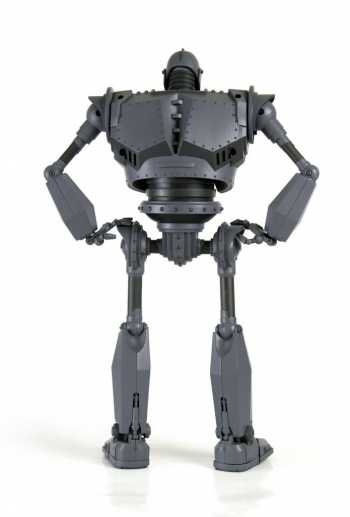 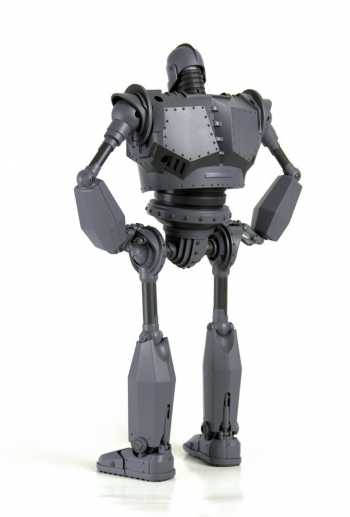 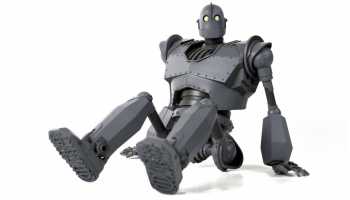 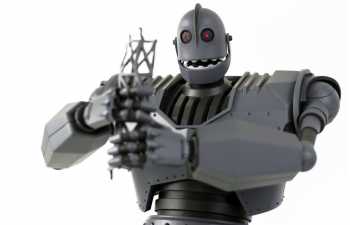 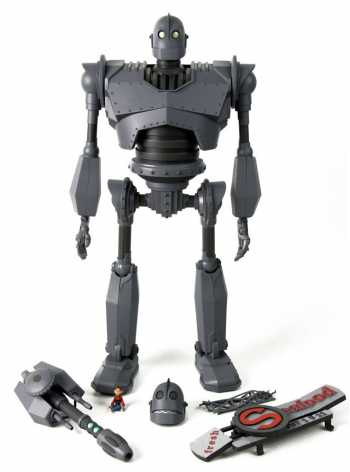 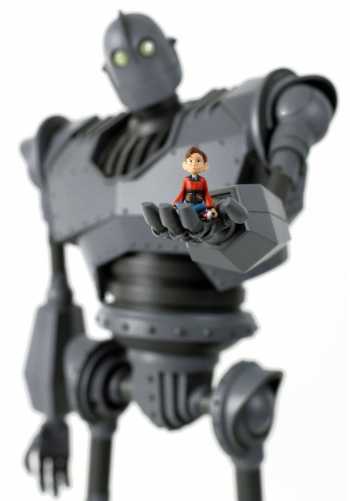 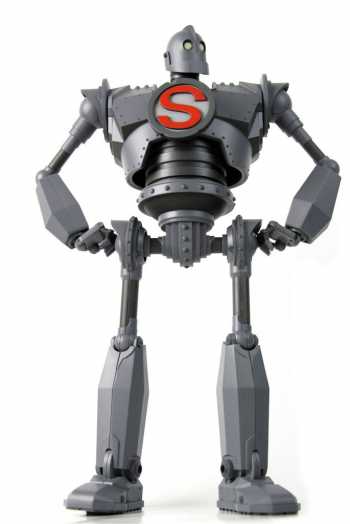 The Iron Giant Deluxe Figure is the most highly detailed Iron Giant collectible to date! Created using the actual digital files used in the film, the 16" tall figure features over 30 points of articulation, two interchangeable heads with a light up feature, magnetic "S" that can be detached from its sign and attached to his chest, switch-out "War Arm," Hogarth mini-figure, and a girder to munch on! In addition to this, the figure also includes a sound feature, with Iron Giant quotes from the film!

Mint in Mint box in the original cardboard shipping box.

Very Fine in Very Fine box
One of 2155 numbered copies