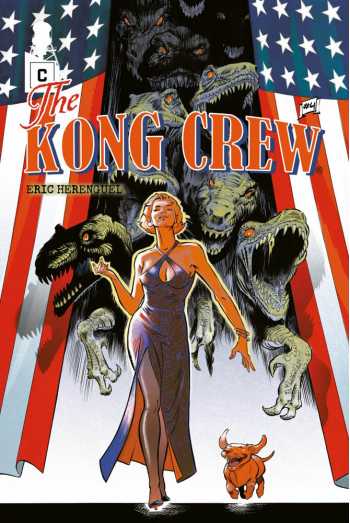 For fans of King Kong and Xenozoic Tales, the KONG CREW is back in "Teeth Avenue"!

Virgil the pilot has survived his crash inside the zone, but as a captive of a woman warrior named Damara living inside the zone, he is forced to face off with her blind dinosaur Mongo--and her armed gorilla!

Spit the dachshund, on his own inside the zone, has to fend off dinosaurs and carnivorous plants.