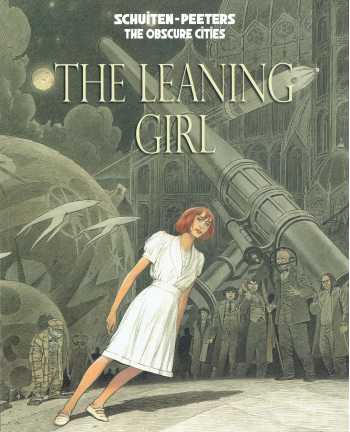 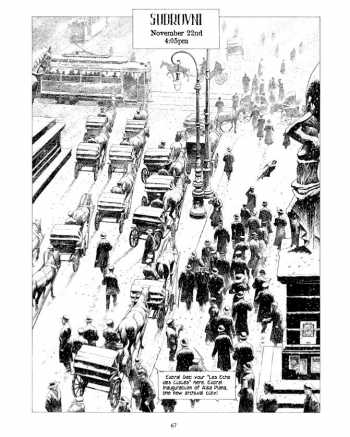 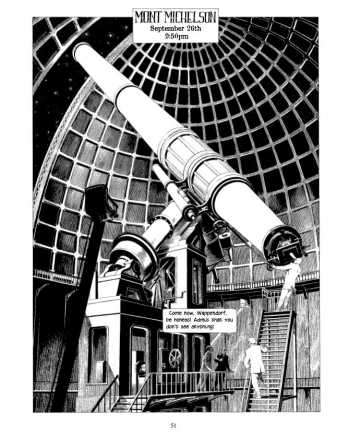 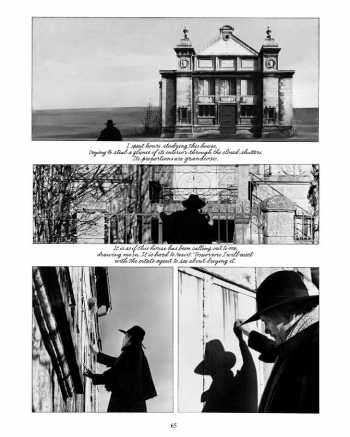 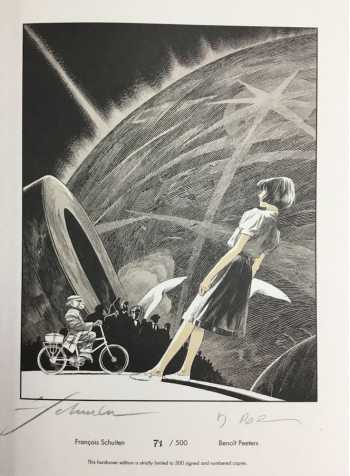 Limited edition casebound hardcover signed and numbered by François Schuiten and Benoît Peeters in an edition of 500 copies. This hardcover includes extra artwork not in the softcover.

Available in English for the first time ever, L'enfant penchée (The Leaning Child) is about a young girl whose body leans at an angle due to an unknown astronomical phenomenon. The adventures of one of The Obscure Cities' most prominent characters, Mary Von Rathen, will delight English-reading audiences everywhere. The book is produced in the same high quality manner as the Casterman editions and printed by the same printing company.

Published at the full French size!

Les Cités Obscures is a series by two men who graduated from the same middle school in Brussels; Schuiten is in charge of the artwork and Peeters handles the script. Though human protagonists appear in the stories, the lead role belongs to the alternate world they populate - its environment, architecture, background. Issued in the bande dessinée format of French-language comics, the series earns praise for the intricacy of its artwork wherever it appears. The first volume in the series was published nearly 30 years ago, but the story is timeless.

A counter-Earth, almost but not quite like ours, is populated by a mysterious group of city-states: les cités obscures. These serve as the backdrop to the strange events depicted in this popular Franco-Belgian comic-book series, which has been translated into ten languages and has won numerous awards. To date there have been 12 volumes published in the "official" series, with another 12 "spin-offs" for a total of 24 works. Rooted in a profound knowledge of all manner of creative arts, these intense stories are illustrated with meticulously and exquisitely drawn images - which were produced, it is said, at a pace of one week per page.