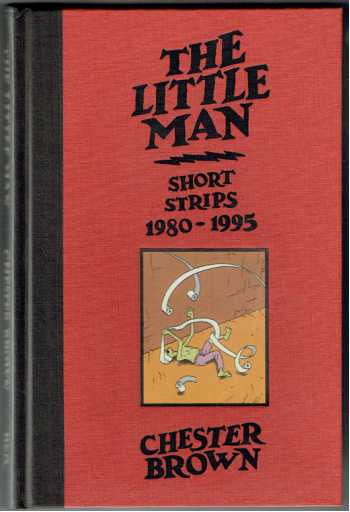 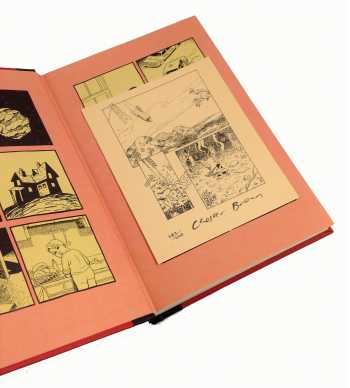 Signed by the artist on a tipped-in numbered bookplate.

The Little Man: Short Strips, 1980-1995 is a collection of short-story works by the celebrated and bestselling Louis Riel cartoonist Chester Brown. From his early experimental comedic surrealism to his later autobiographical and essay strips, we see not a major talent in development but a fully realized storytelling virtuoso. Included are his early autobiographical stories "Helder" (a story about a young man's tentativeness when pursuing a woman), "Showing Helder" (a blow-by-blow account of the construction of the previous story), and "Danny" (a strangely compelling moment-by-moment account of Brown waking up and trying to avoid contact with a fellow rooming-house tenant).

Other standouts are Brown's controversial essay on schizophrenia (specifically his own mother's) and various medical views on this baffling disease, and the title story, "The Little Man," a Freudian classroom romp fantasy by a adolescent Brown that ties into the schizophrenia essay in a surprising way.

The acclaimed compendium, culled mostly from his groundbreaking comic book series Yummy Fur, provides a fascinating insight into Brown's psyche; he rounds out the collection with exacting notes on each story.

Fine, issued without dustjacket
#283 of 400 numbered copies signed by the artist