Sign in | Register
HomeComic & Sequential ArtBande Dessinee in EnglishThe March of the Crabs Vol. 1: The Crabby Condition
Save 20% 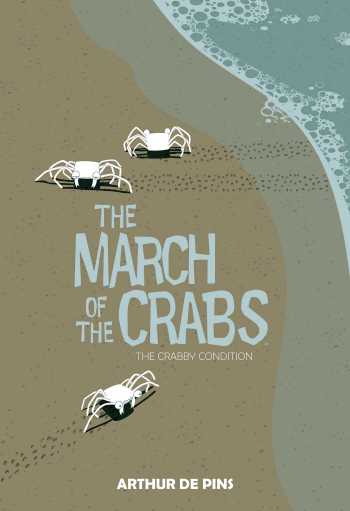 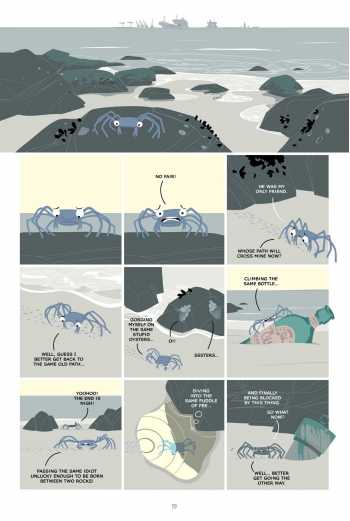 The first of two volumes translated into English.

Crabs versus The World.

All species in the world evolve--except one. Cancer Simplicimus Vulgaris, or the square crab, has suffered with the same evolutionary defect for millennia: it cannot change direction. Condemned to walk in one straight line forever, these crabs living along the Gironde estuary have largely resigned themselves to their fate. However, one seemingly ordinary summer, three crabs decide to take matters into their own claws and rebel against the straight and narrow path they have been sentenced to, upending the entire ecosystem in the process. From critically-acclaimed French illustrator and animator Arthur de Pins comes the first volume in his hilarious and touching trilogy about scuttling towards your own destiny.

French animator Arthur De Pins first gained notice with his animated short Bed of Roses. De Pins worked with producer Jeremy Rochigneux on Bed of Roses, and teamed up with him again for La Révolution des Crabes, or March of the Crabs. In addition to March of the Crabs he is the author of the comics Zombillenium and Péchés Mignons. His work has appeared in the magazines Max and Fluide Glacial.