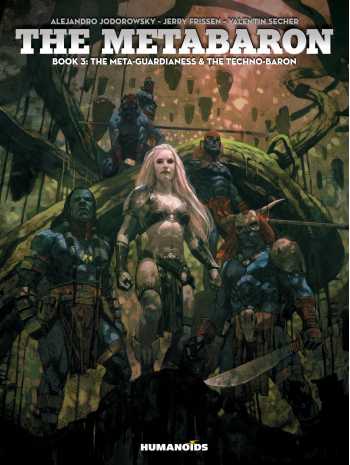 The Metabaron enters a parallel universe to find the epiphyte, in order to save his own universe. But on the planet Algoma, the epiphyte is protected by a cast of women warriors called the Meta-Guardianesses, who refuse to help him. Things get complicated when The Metabaron falls in love with the Meta-Guardianess leader, Rina, at the same time the Techno-Techno army turns up, led by Orne-8, their new Techno-Pope.

The return of the greatest warrior in the universe: The Metabaron!

Writer/director/ producer David S. Goyer (Man of Steel, Batman v Superman: Dawn of Justice) called The Metabarons: "The greatest work of graphic fiction ever produced," and it has sold millions of copies globally.