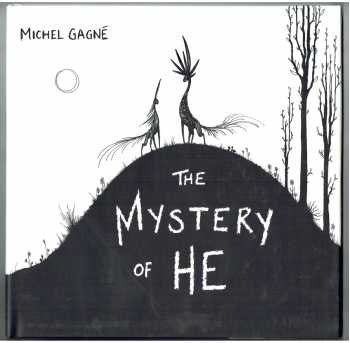 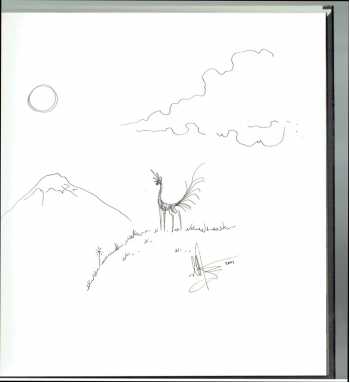 One of 1000 numbered copies signed by the artist.

The artist has added a drawing of He on a hill on the front free endpaper.

He is an unusual creature with a strange origin and a wonderful destiny. Follow him along his path of life with all of its mysterious twists and turns. He meets both friend and foe and struggles with adversity in an ageless story of acceptance and brotherhood.

Michel Gagné was born in Québec, Canada. He studied animation at Sheridan College School of Visual Arts in Ontario, Canada and in 1985, began a highly successful artistic career.Renowned for his unique vision, Michel has lent his talent to several animation companies, such as Don Bluth Studios, Warner Bros., Disney, Pixar, Cartoon Network, Nickelodeon, etc. His creative work can be seen in over twenty feature films including "The Iron Giant", "Osmosis Jones" and "Ratatouille".

Aside from his studio work, Michel is a determined entrepreneur who has created work in a wide range of media, from live performances to gallery exhibits. With video game veteran, Joe Olson, he created the critically acclaimed video game, "Insanely Twisted Shadow Planet" which was released in 2011.He has been recognized by his peers with a BAFTA, an Annie Award, and has received numerous prizes and nominations from the animation, video game and comics industries. One of his short films, "Sensology", was short listed for an Academy Award in 2010.

Very Fine/Very Fine
One of 1000 numbered copies signed by the artist.