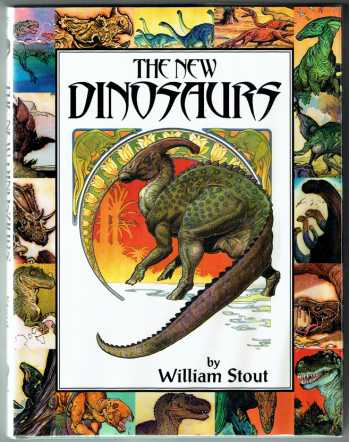 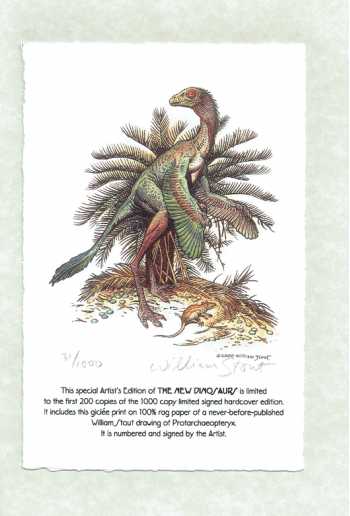 "The ultimate dinosaur gift book from the artist whose work helped to inspire Jurassic Park and who was one of the key designers behind Disney's megahit film, Dinosaurs!"

A completely new and expanded edition of Stout's best-selling classic 1981 volume, The Dinosaurs: A Fantastic New View of a Lost Era ("the book that started the dinosaur renaissance") with over 50 new paintings.

Here are dinosaurs as you've never seen them before in a dramatically expanded new edition of the book that started the renaissance in dinosaur books. Here are dinosaurs that are swift, stunning, scary and stupendous., presented in a lavish format. Using the latest paleontological research, The New Dinosaurs presents a scientifically accurate look at the way dinosaurs lived: how they moved, ate, dueled, drank and mated. From ten-ton brontosaurus to thirty-foot hadrosaurus, here is a story more fantastic than fantasy itself!

Very Fine in Very Fine dustjacket
#31 of the Artist's Edition limited to the first 200 copies of the 1000 copy limited signed hardcover edition. Includes an extra color plate as well as a giclee print on 100% rag paper. This copy is also signed & dated 2001 by Stout with a large original