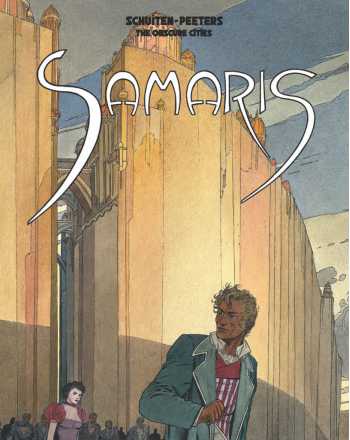 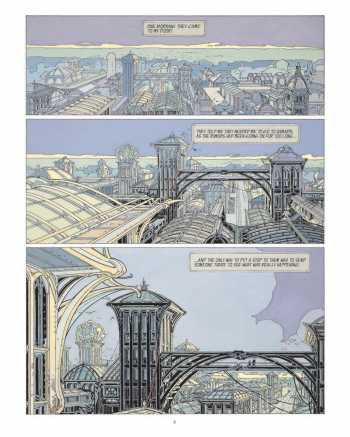 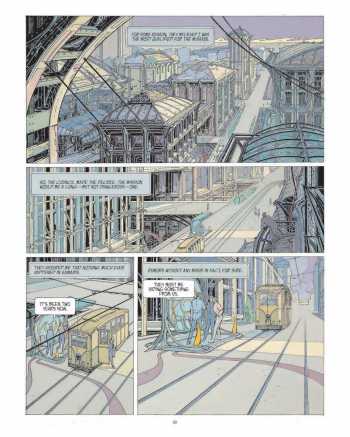 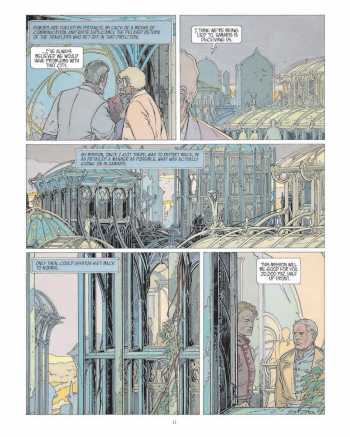 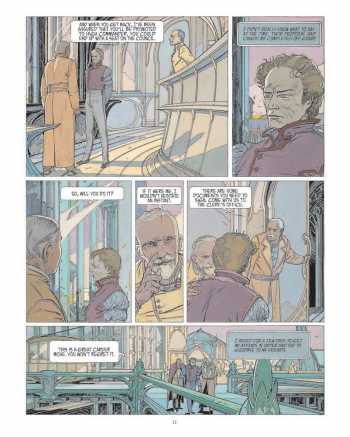 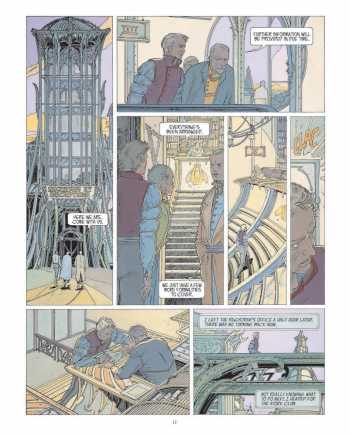 Samaris is the first volume of the chronicles of The Obscure Cities, published as a graphic novel in 1983 in French and published for the first time in English in 1987 as The Great Walls of Samaris.

This edition, marking the 30th anniversary of the original English language publication, features an expanded main story, an all-new creator-approved translation, and new coloring. The book also contains 32 additional pages of a never before published-in-English story "THE MYSTERIES OF PAHRY," originally published in four parts, three in the French comics magazine, A Suivre, from 1987 through 1989, and in the December 1994 issue of Macadam-plus.

For the first time ever, this book is available in an English language edition formatted to match the Casterman edition in size, format, and paper quality.

Young officer, Franz Bauer, is asked by the leaders of Xhystos to visit the mysterious city of Samaris and research the rumors that have been circulating. Several before him had left to explore the city and never returned. After a long journey by Altiplan and Aerophele, Franz reaches Samaris, only to find that the rumors he had heard in Xhystos don’t compare to the real secrets held within the walls of this fantastic city. His sanity and the fate of the other explorers is at stake in this, the first installment of the now internationally acclaimed THE OBSCURE CITIES graphic novel series.