Sign in | Register
HomeNew ArrivalsThe Obscure Cities: The Shadow of a Man 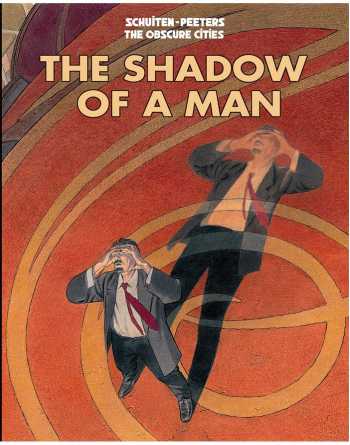 The fourth release in Alaxis Press' The Obscure Cities series to be published by IDW brings the award winning graphic novels to readers in English for the first time!

Newly married Albert Chamisso is having horrific nightmares. Eccentric doctor Polydore Vincent is able to give him relief, but the experimental treatment has a strange side effect: from now on, Albert's shadow will be cast in color. This seemingly inconsequential development brings his life crashing down, ultimately losing him his job and his new wife. Evicted from his home, he moves to the outskirts of Blossfeldtstad where he meets the beautiful and talented Minna, who will help turn his curse into a gift. Together they will create something special, a performance of light and shadow unlike any seen before. The Shadow of a Man is an unforgettable, retro-futurist tale of bittersweet noir romance.