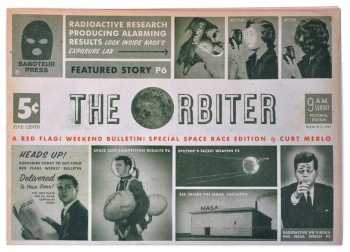 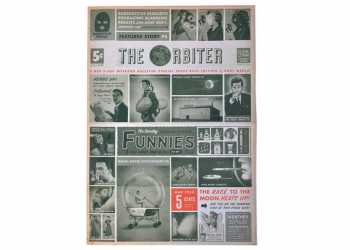 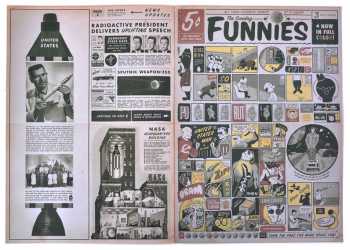 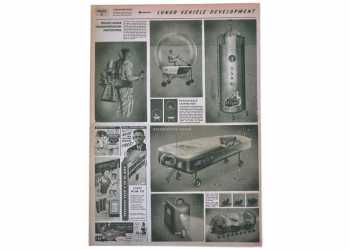 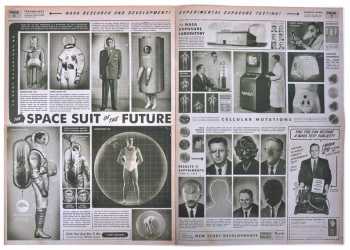 The Orbiter is a RED FLAG! weekend bulletin that is entirely about the Space Race in 1963.

This Cold War classic takes on a newspaper tabloid format and is a whopping 12" x 17" tall. Its 8 pages are packed full of silly and bizarre 60's content like the many failed attempts at the moon rover and the best and worst entries in a space suit competition. It also has 3 pages of full color Sunday funnies much like your favorite newspaper.

Curt has been publishing books since 2013 under his publishing company Saboteur Press. Curt's work has also appeared on album covers, Theater posters, and in movies.