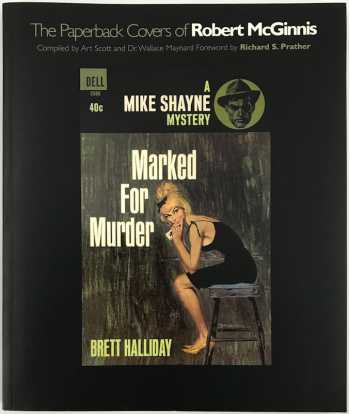 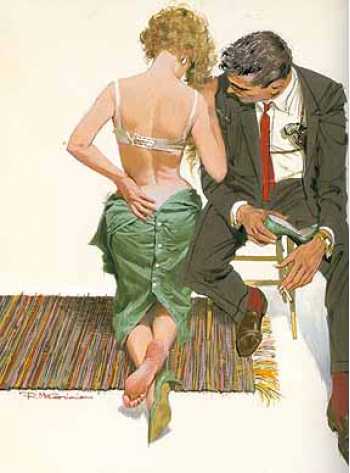 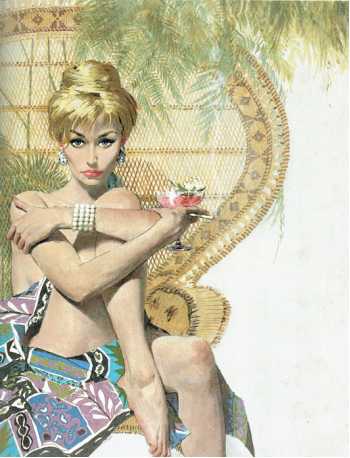 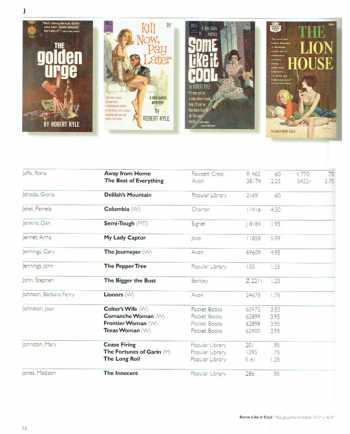 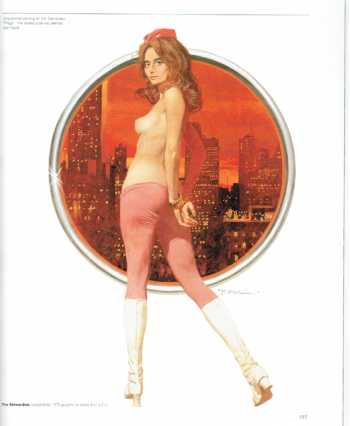 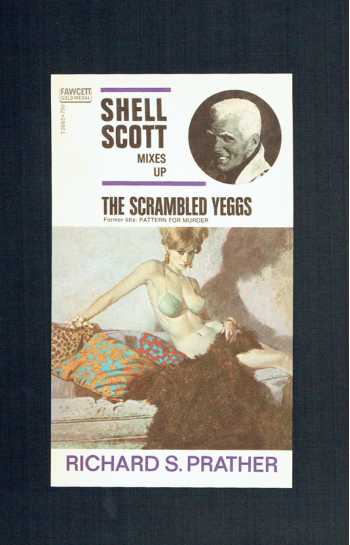 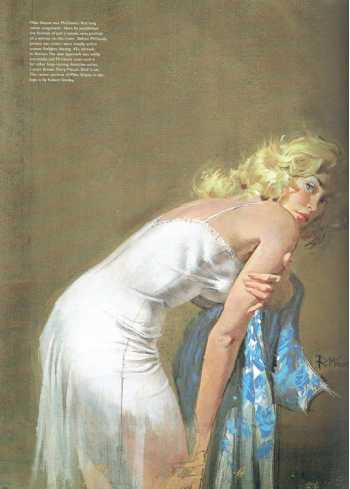 A complete listing of the 1068 titles and 1432 editions of the paperback cover illustrations of Robert McGinnis. Over 250 paperback covers are reproduced, along with over 120 examples of the original art, model photos, and preliminary sketches.

Robert McGinnis is one of the most admired, influential and prolific illustrators working today, best known for his astonishing career as a paperback cover artist. His first covers appeared in 1958, and since then he has painted over one thousand of them, for all the major publishers in all genres. He is most renowned for his portraits of women. The elegant, sexy and intelligent McGinnis Woman is as distinctive and recognizable as was the Gibson Girl in the early l900s. McGinnis was elected to the Society of Illustrators Hall of Fame in 1993.

McGinnis's paperback work is avidly sought after by collectors. However collecting McGinnis covers has been a huge challenge, not only because of the unprecedented volume of his work, but because he was often uncredited, he worked in a wide variety of styles, and many illustrators imitated him. No reliable checklist has been available until now. This book provides a complete and definitive bibliography documenting McGinnis's work as a paperback cover artist. With the artist's cooperation, it has been compiled by two longtime fans and collectors of his work, who began comparing notes and exchanging checklists in 1985.

Over 250 paperback covers are reproduced in this book, along with many examples of the original art, model photos and preliminary sketches which afford an inside-the-studio look at the artist's working methods. The parade of covers - mysteries, westerns, romances, bestsellers - is a capsule graphic survey of trends in American mass market fiction over the last forty years, and of the extraordinary career of a gifted illustrator, Robert McGinnis.