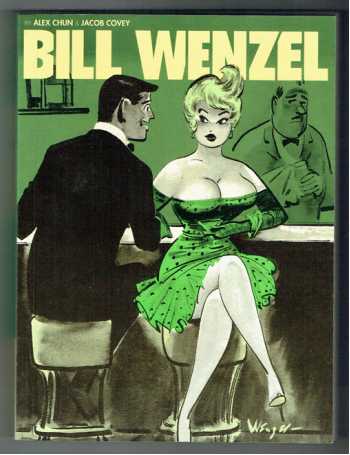 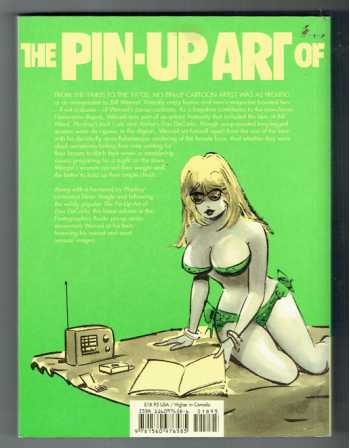 One of the most prolific pin-up artists of the 20th Century finally gets his due.

No other pin-up cartoon artist over a 30-year period was as prolific or as omnipresent as Bill Wenzel. Virtually every humor and men's magazine, ranging from Judge in the mid-'40s to Sex to Sexy in the '60s and '70s, boasted two, if not a dozen, of Wenzel's pin-up cartoons. Quick with pen and ink, Wenzel was equally adept with the brush, and nowhere was this more evident than in his work for the Humorama line of girlie digests.

The digests, which sported titles like Gaze, Joker, Jest, Comedy and Stare, were crammed full of marginally risque single panel pin-up cartoons and cheesecake photos featuring the likes of Bettie Page, Irish McCalla, and even Sophia Loren, and as a long-time contributor to the Humorama digests, Wenzel was part of an artistic fraternity that included the likes of Bill Ward, Playboy's Jack Cole, and Archie's Dan DeCarlo. Though wasp-waisted long-legged women were de rigueur in the digests, Wenzel set himself apart from the rest of the best with his decidedly more Rubenesque rendering of the female form. And whether they were aloof secretaries biding their time waiting for their bosses to ditch their wives or smoldering vixens preparing for a night on the town, Wenzel's women carried their weight well, the better to hold up their ample chests.

Without a doubt, Wenzel is the most overlooked of all the pin-up cartoon artists of his era, but with this volume, which features a selection of his sexiest and most sensual ink-wash images, Wenzel takes his rightful place among Humorama's top artists. Two-color illustrations throughout.

Features a foreword by Playboy cartoonist Dean Yeagle and an introductory essay by editor Alex Chun.