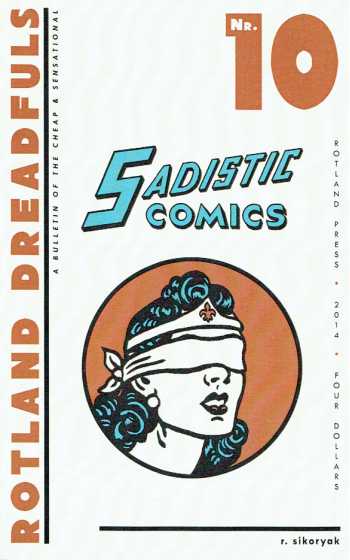 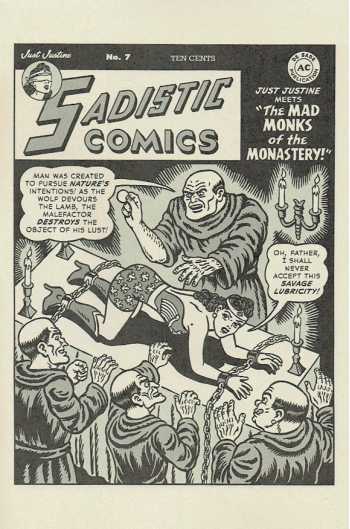 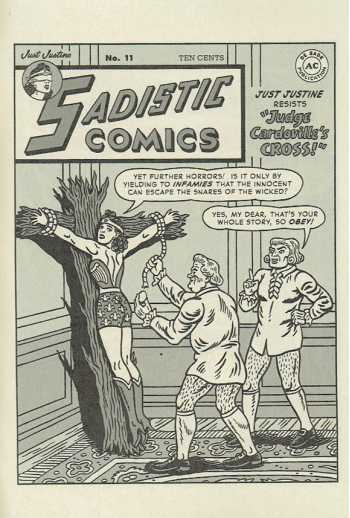 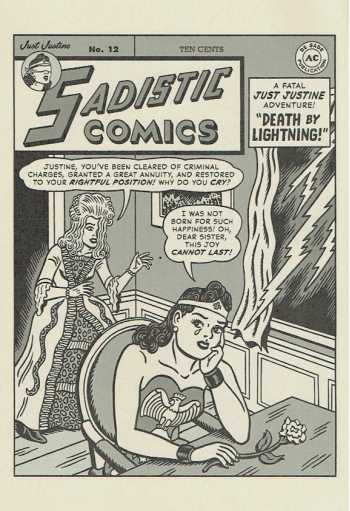 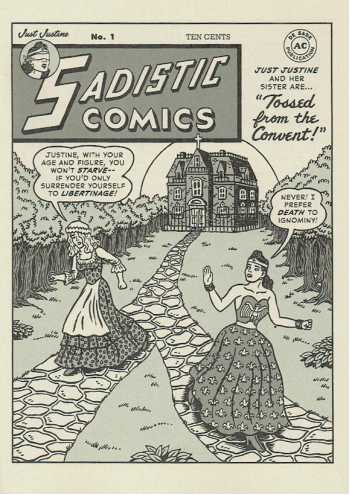 The ROTLAND DREADFULS series is an homage to the cheaply-produced 19th century English pamphlets known as "Penny Dreadfuls" so named because the original cost was one penny and they contained stories considered shocking and sensational.

The tenth issue in this series presents a new installment of Masterpiece Comics, titled "Sadistic Comics," chronicling the misfortunes of the Marquis de Sade's heroine Justine.