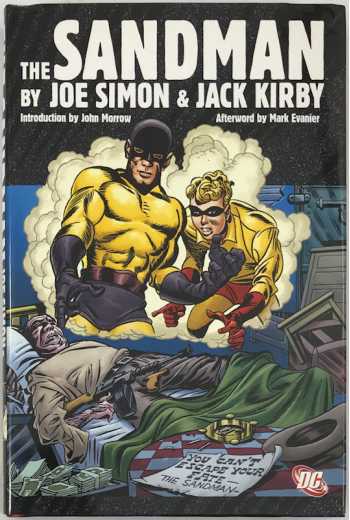 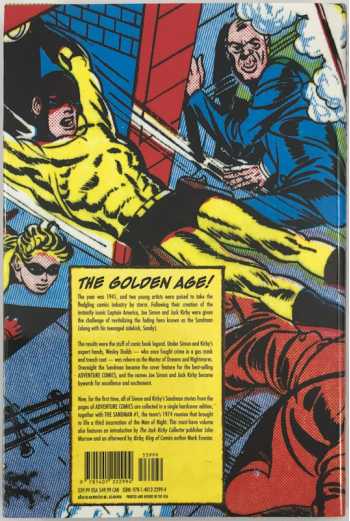 In my opinion, the best archival edition of this material because of the paper stock: it looks like the comic book. Archival collections are typically printed on a whiter coated stock than the original comics and the coloring is not adjusted to compensate for that, so the colors are too bright and too garish. The colors here are muted and the overall reproduction looks closest to the original comic books. And that is what I want whether I'm indulging in nostalgia or coming to the work for the very first time.

In the capable hands of Simon and Kirby, the Sandman left behind his trademark green suit, fedora and gas mask to become a brightly costumed adventurer on the trail of crime in the big city with the help of his sidekick, Sandy the Golden Boy. With a strong element of the fantastic in the form of haunted dreams and foes claiming to be figures of myth, these stories were perfect examples of the fast-paced, slam-bang adventures that made Simon and Kirby the most celebrated comics talents of the 1940s.