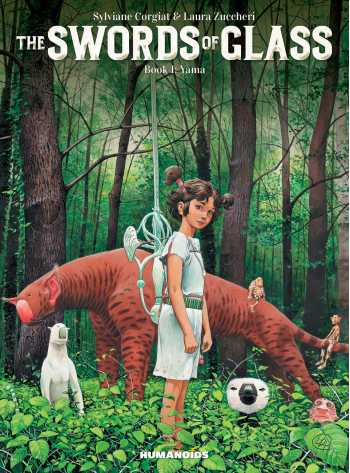 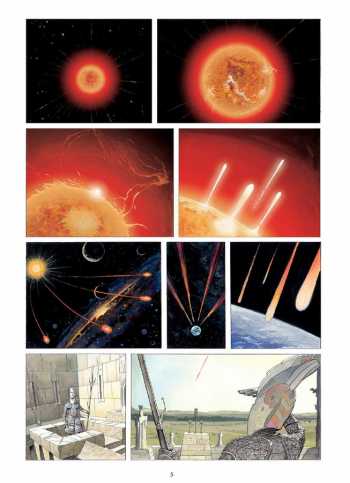 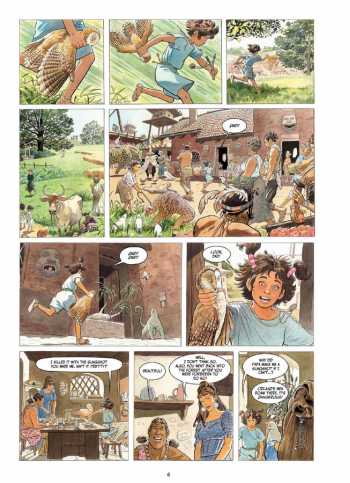 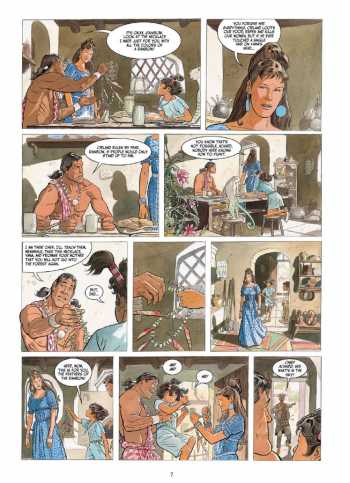 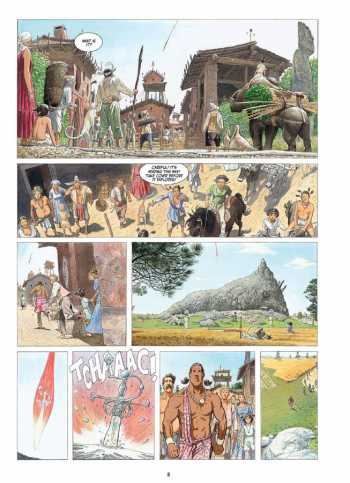 In a world whose time is running out, four mysterious swords must be reunited to save the planet. A spectacular saga full of wondrous creatures and settings.

Young Yama lives a relatively happy and peaceful life as the daughter of the chief of the village. But everything changes the day a sword of glass falls from the sky, just as the prophecy had announced. Anyone who touches the sword is instantly turned to glass and dies. Orland, the local lord of war, comes to take possession of the unique weapon but fails to retrieve it. In the process, Yama's father is killed and her mother taken away. Yama, however, escapes and survives with only one thought: when she grows up, she will return to get the sword of glass, and avenge her parents. Written by Sylviane Corgiat ("Elias The Cursed") and drawn by award-winning artist Laura Zuccheri.

Presented in its original size and includes all four of the series' volumes, as well as a bonus material section featuring the series' making-of art.