Sign in | Register
HomeAnimation & FilmThe Worlds of Gerry and Sylvia Anderson: The Story Behind International Rescue
Save 25% 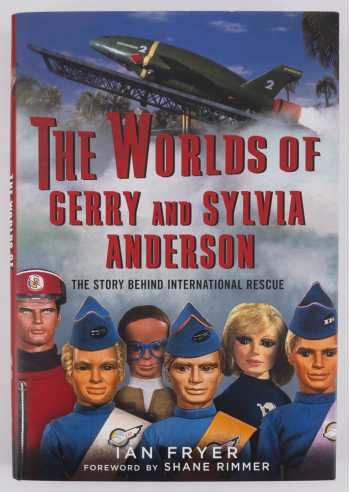 Thunderbirds, Stingray, Fireball XL5, Captain Scarlet and the Mysterons, UFO and Space:1999--just some of the TV series produced by Gerry and Sylvia Anderson that have thrilled generations of people worldwide from the 1960s right into the 21st Century. As the new series 'Thunderbirds Are Go!' updates the exploits of International Rescue for a new era, Ian Fryer, film historian and editor of Gerry Anderson's official appreciation society magazine, brings an in-depth look into the making of the iconic television shows that inspired it. The background to the making of the Supermarionation series, and the live action science fiction classics that followed, is brought to life along with the turbulent times for British film making in which they were made. A fascinating read for fans of the Anderson puppet and live action series and for anyone interested in film and television history.