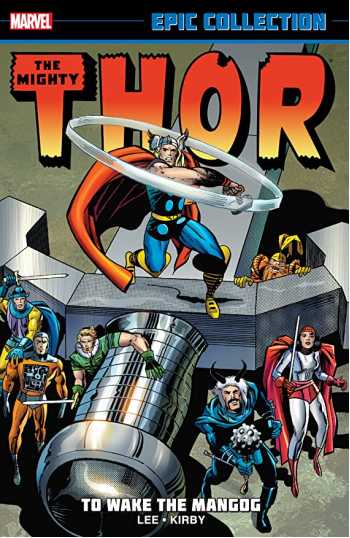 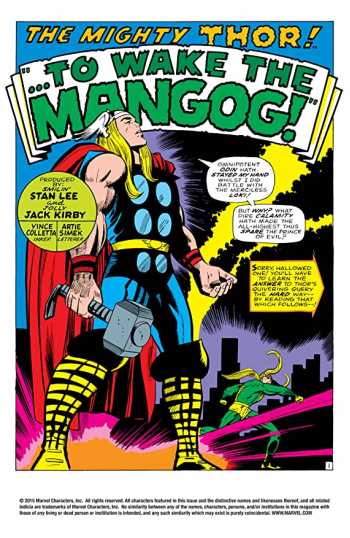 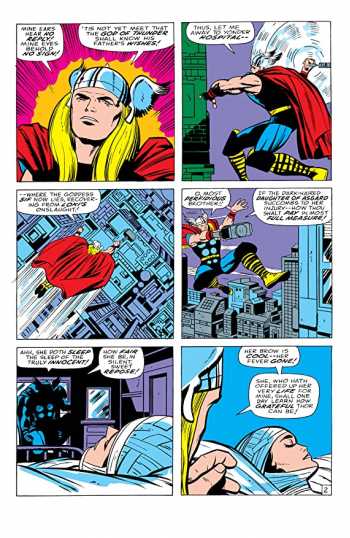 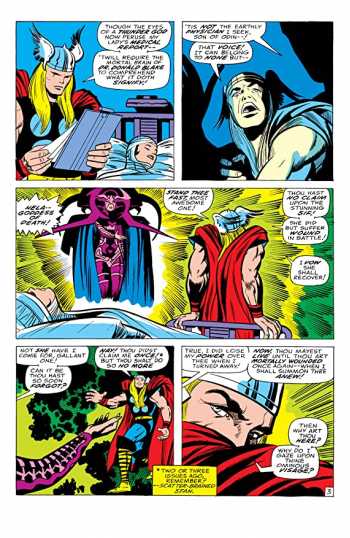 Written by Stan Lee. Art and cover by Jack Kirby.

From the darkened depths rises a peril greater than any Thor has ever before faced. Mangog threatens to unsheathe the Odinsword and bring Ragnarok upon the Norse gods in this collection of Asgardian classics! And that's just the beginning - because in Stan Lee and Jack Kirby's Thor, there's always another cosmic adventure around the corner! Case in point: a cosmic battle between Galactus and Ego the Living Planet; the return of "Him," the man who would come to be known as Adam Warlock; and the universe-shaking origin of Galactus! Thor's adventures get personal, too, with a surprising revelation regarding Donald Blake, the return of Jane Foster, and the dramatic dance between Balder and the Norn queen Karnilla!