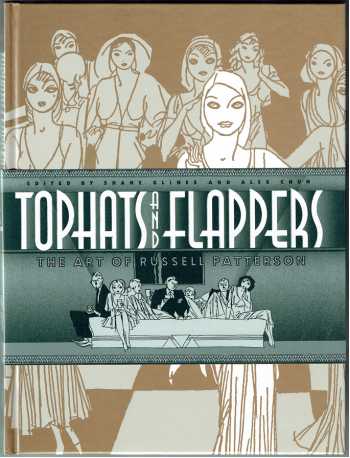 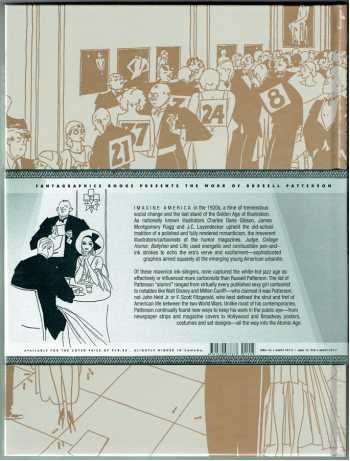 A mint copy of this long out of print art book, the only collection of this influential illustrator's work. Over 200 illustrations compiled by co-editor Shane Glines. The long biographical essay is by our pal, Armando Mendez.

Imagine America in the 1920s, a time of tremendous social change and the last stand of the Golden Age of Illustration. As nationally known illustrators Charles Dana Gibson, James Montgomery Flagg and J.C. Leyendecker upheld the old-school tradition of a polished and fully rendered romanticism, the irreverent illustrator/cartoonists of the humor magazines, Judge, College Humor, Ballyhoo and Life, used energetic and combustible pen-and-ink strokes to echo the era's verve and excitement--sophisticated graphics aimed squarely at the emerging young American urbanite.

Of these maverick ink-slingers, none captured the white-hot jazz age as effectively or influenced more cartoonists than Russell Patterson. The list of Patterson "alumni" ranged from virtually every published sexy girl cartoonist to notables like Walt Disney and Milton Caniff, who claimed it was Patterson, not John Held Jr. or F. Scott Fitzgerald, who best defined the strut and fret of American life between the two World Wars. Unlike most of his contemporaries, Patterson continually found new ways to keep his work in the public eye--from newspaper strips and magazine covers to Hollywood and Broadway posters, costumes and set designs--all the way into the Atomic Age.