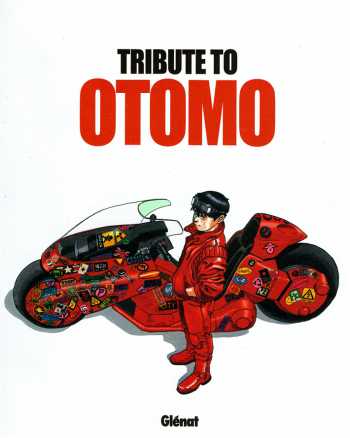 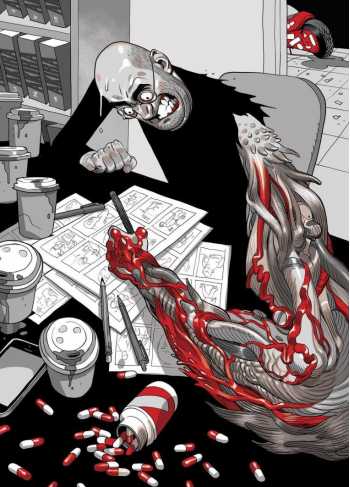 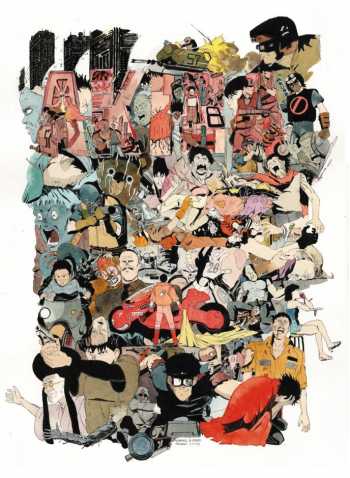 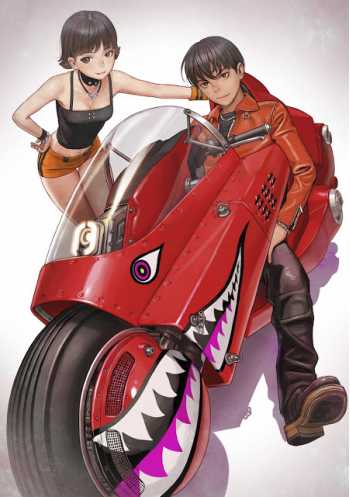 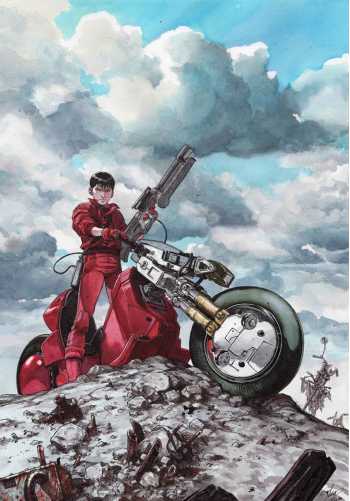 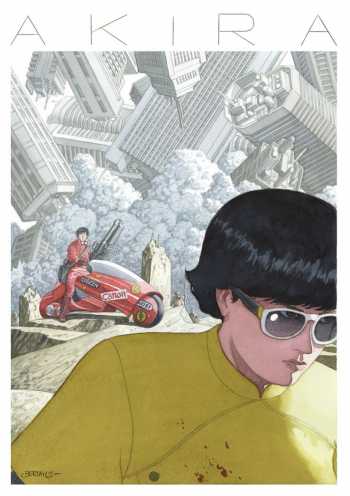 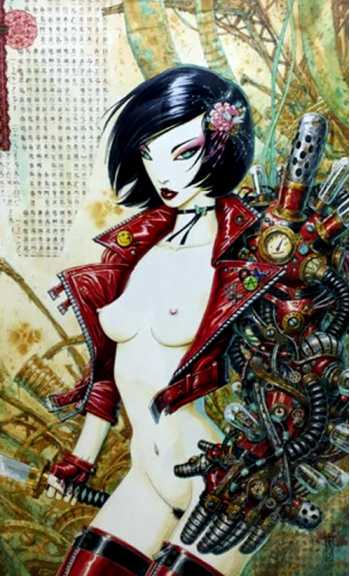 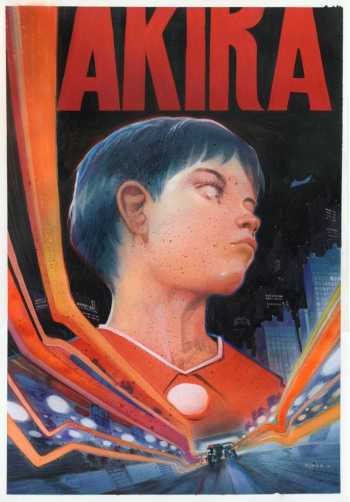 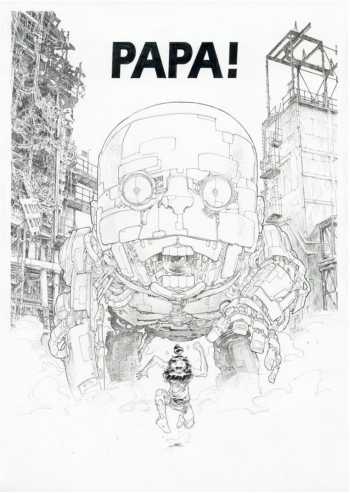 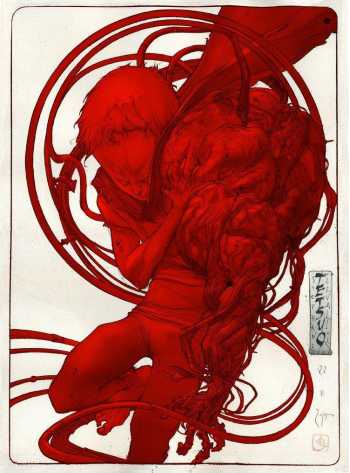 An expanded edition of the catalog to the exhibition in tribute to Katsuhiro Otomo for the 43rd International Festival of Bande Dessinee at Angoulême January 28-31 2016.

In tribute to Katsuhiro Otomo, 79 international designers each produced an illustration inspired by the universe of manga, often accompanied by a small text where each explains his encounter with this universe. These are compiled in this book, prefaced by Benoit Peeters (novelist, writer, director, critic, editor) and supplemented by a contextual biography of Otomo by Stéphane Beaujean (journalist, critic, and current artistic director of the FIBD of Angoulême).

In order to pay tribute to Katsuhiro Otomo after he was awarded the Grand Prix of the 42nd Angoulême International Cartoon Festival in 2015, it was proposed to organize an exhibition where 42 cartoonists, primarily French, would each realize an original illustration inspired by Otomo's universe and characters. Organized by the Galerie Glénat, the exhibition was presented at the 43rd festival in January 2016. It was on this occasion that a first catalog was published with 999 copies containing the 42 illustrations, only available at the festival, then In June at the Galerie Glénat in Paris when the exhibition-sale, augmented by 53 more artists, was presented for the second time. Today a new version with 79 illustrations-tributes which is released to the trade, this time with 5000 copies and completed with a preface, an article on Otomo and his work, and a small essay on manga itself. Each drawing takes a full page, the paper and printing are of very good quality, and the large format pays tribute to these drawings where one feels all the admiration of the artists for this author. Note that for the occasion, Otomo has produced an unpublished illustration for the cover. This Tribute to Otomo is one of the most beautiful artbooks released in recent years and lives up to its title by paying a magnificent tribute to this exceptional author Katsuhiro Otomo. A must-have for all true comic fans!