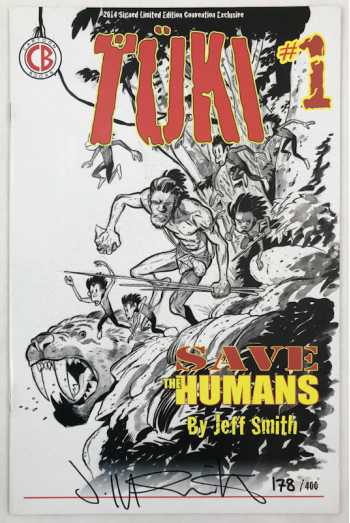 For the 2014 Convention season, Jeff released this exclusive edition limited to 400 copies!

2,000,000 years ago, a great ice age gripped the earth, trapping all moisture in the polar icecaps, causing drought and upheaval in the rest of the world. Vast tropical jungles gave way to dusty grasslands, and all living creatures struggled to survive, including the many species of hominids. To avoid extinction, something had to be done.

This is the story of the first human to leave Africa.

Very Fine
#178 of 400 numbered copies signed by the artist