Sign in | Register
HomeNew ArrivalsTurn Loose Our Death Rays And Kill Them All!: The Complete Works Of Fletcher Hanks 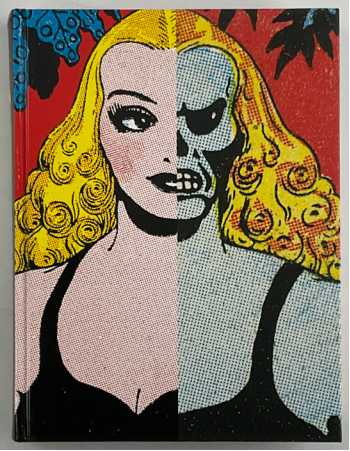 Fletcher Hanks was the first great comic book auteur: he wrote, penciled, inked, and lettered all of his own stories. He completed approximately 50 stories between 1939-1941, all unified by a unique artistic vision. Whether it's the superhero Stardust doling out ice cold slabs of poetic justice, or the jungle protectress Fantomah tearing evildoers from limb to ragged limb, contemporary readers are stunned by the pop surrealism and outright violent mayhem of Hanks' work. Originally featured in two paperback volumes, this deluxe hardcover collects--for the first time--all of Hanks' previously published material, plus several gems newly discovered for this volume, making this the very first complete collection of the works of Fletcher Hanks.

Cartoonist Paul Karasik (co-adapter of Paul Auster's City of Glass, and co-author of The Ride Together: A Memoir of Autism in the Family) has spent years tracking down these obscure and hard to find stories buried in the back of long-forgotten comic book titles. Karasik has also uncovered a dark secret: why Hanks disappeared from the comics scene. This book collects all his stories in one volume, plus a foreword by Glen David Gold, an introduction by Karasik, and an afterword which solves the mystery of "Whatever Happened to Fletcher Hanks," the mysterious cartoonist who created a hailstorm of tales of brutal retribution...and then mysteriously vanished.