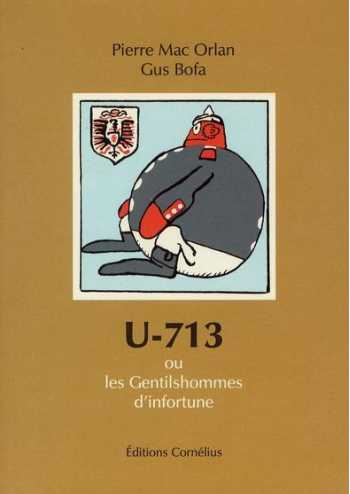 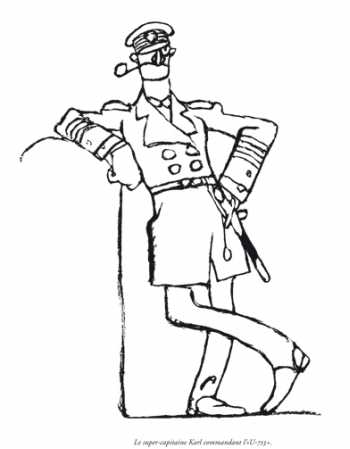 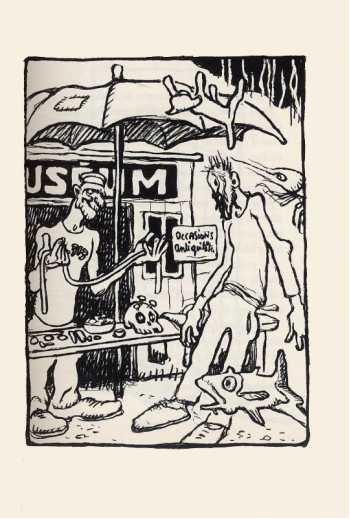 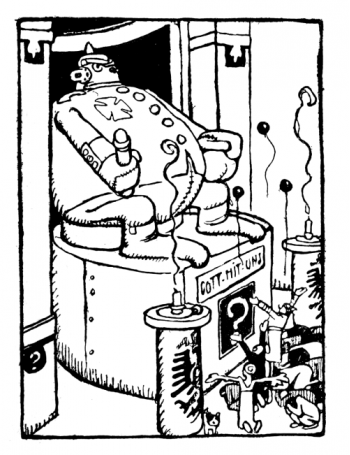 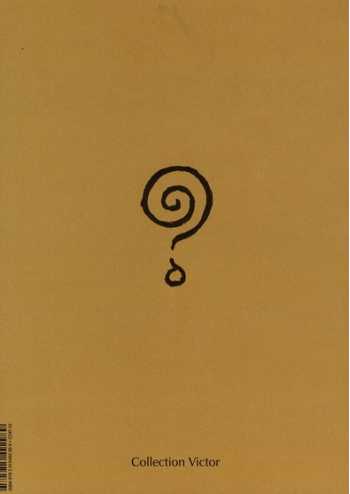 Captain Karl, a Nietzscheen superman, is assigned by the Emperor Wilhelm II a mission so secret that he cannot reveal the purpose. The aquatic warrior takes command of a colossal gem of several thousands of tons, the submarine U-713, a masterpiece of military technology.

But this hyper-fish falls for a pretty senorita and revolts against his creators. After it gets rid of its commander, the submarine kills its crew and, plunging to the bottom of the watery depths, mates with various marine creatures.

A satirical and fantastic novel, U-713 or the Hapless Gentlemen asserts the incompatibility of adventure and modern war.

This small book marked the true beginning of the literary collaboration of Pierre Mac Orlan and Gus Bofa. The cartoonist reveals a resolutely fantastic imagination. Under his pencil arise vascular phantoms, creatures half animal, half-mechanical, and human bodies in various states of mutilation.

The recklessness of the Belle Epoque era ceded to the trauma of the Great War. The humor that lively U-713 includes, according to the formula of Mac Orlan, everything that takes place between life and death.