Sign in | Register
HomeSketchbooksUnder Beneath: Another Collection of Drawings by Glen Murakami - Signed & Numbered 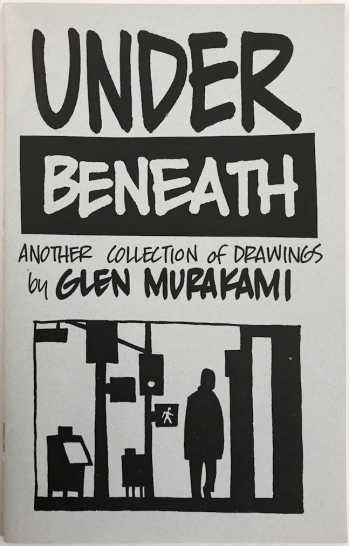 From 1997, the second sketchbook by the art director and co-producer of Batman Beyond and Justice League and future producer of Teen Titans, Ben 10, and Beware The Batman. Glen's sketchbooks from 1995 and 1997 were two of the earliest sketchbooks to be produced by animation artists and paved the way for other animators.

Bold black & white drawings and sketches. Strip mall cuties and sub/urban architectural details. Sophisticated graphics. At the time of publication, Glen was the art director and co-producer of Justice League and Batman Beyond.