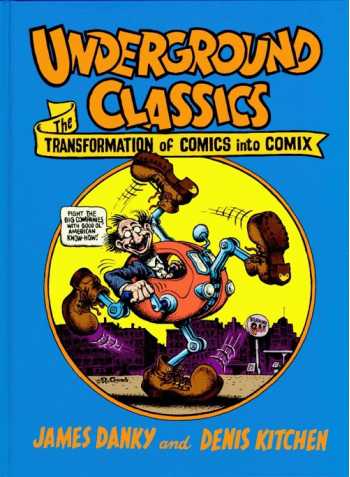 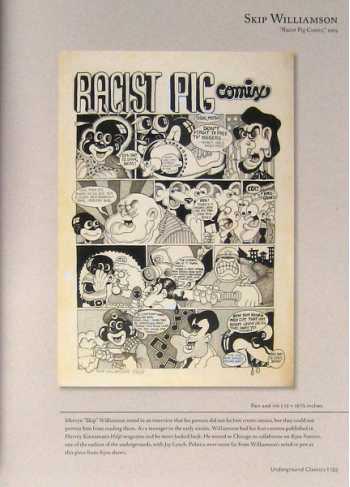 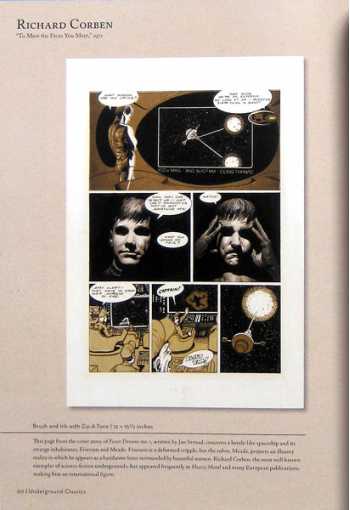 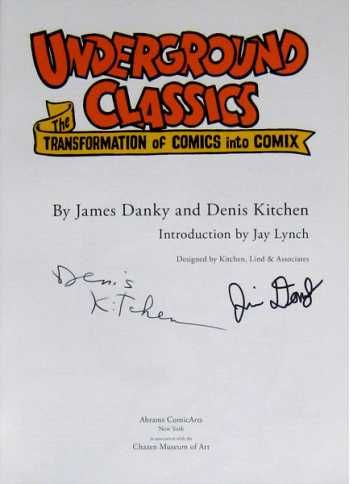 From the cover:
"The impact of American underground comix is profound: They galvanized artists both domestically and abroad; they forever changed the economics of comic book publishing; and they influenced generations of cartoonists, including their predecessors.

"While the works of Robert Crumb and Art Spiegelman are well-known via the New Yorker, Maus, and retrospective collections, the art of their contemporaries such as Gilbert Shelton, Trina Robbins, Justin Green, Kim Deitch, S. Clay Wilson, and many other seminal cartoonists who came of age in the 1960s is considerably less known.

"Underground Classics provides the first serious survey of underground comix as art, turning the spotlight on these influential and largely under-appreciated artists.

"Essays from curators James Danky and Denis Kitchen, alongside essays by Paul Buhle, Patrick Rosenkranz, Jay Lynch, and Trina Robbins, offer a thorough reflection and appraisal of the underground movement.

"Over 125 original drawings, paintings, sculptures, and artifacts are featured, loaned from private collections and the artists themselves, making Underground Classics indispensable for the serious-minded comics fan and for the casual reader alike."

Signed by the authors Danky and Kitchen.

VF
Signed by the authors James Danky and Denis Kitchen