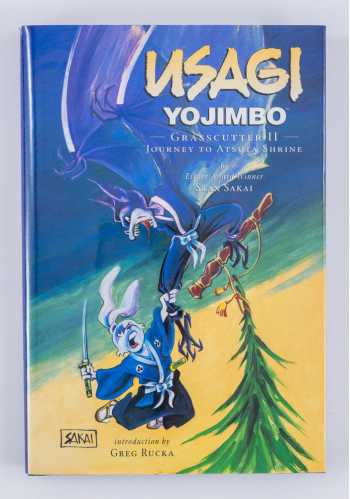 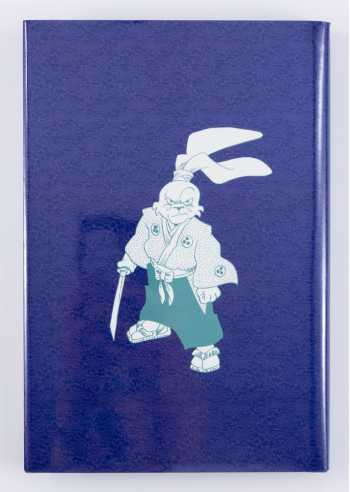 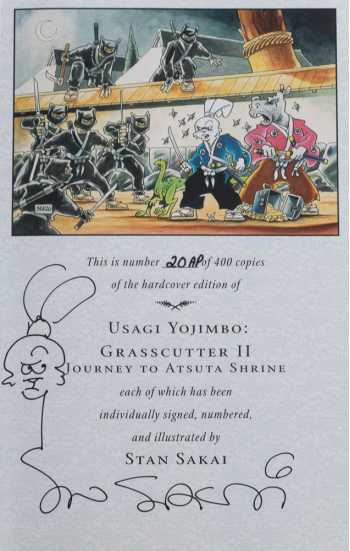 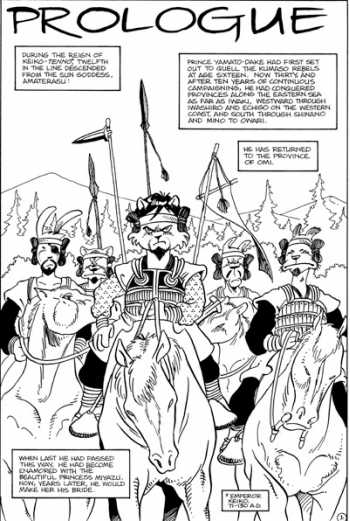 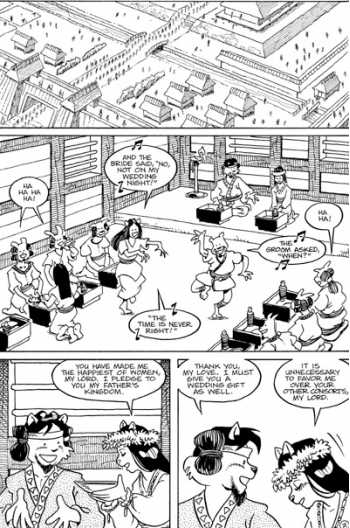 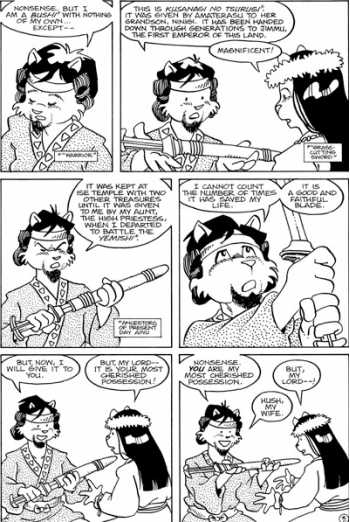 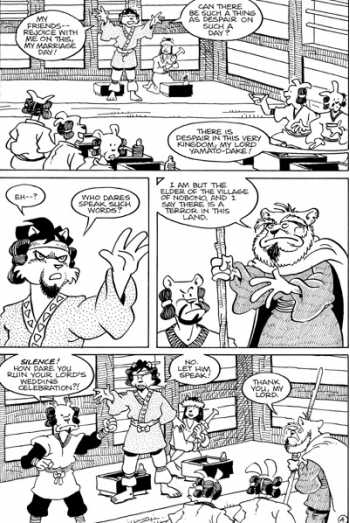 "This is number 20AP of 400 copies of the hardcover edition ... each of which has been individually signed, numbered, and illustrated by Stan Sakai." It has a bound-in limitation page with an exclusive color illustration and Stan has drawn a small Usagi headsketch next to his name.

Forged in the clouds by the elemental gods of feudal Japan, the legendary sword Kusanagi -- also known as "Grasscutter" -- holds such power that it is sought after by mighty forces of good and evil. Multiple award winner Stan Sakai continues the epic adventures of his signature samurai rabbit, Usagi Yojimbo, in this second book centering on the mystical sword. Starting with a prologue that unveils the history of the sword, Grasscutter II rejoins Usagi with his samurai travelling companion, Gen, as they journey to the sacred shrine of Atsuta to return the powerful sword to its final resting place. But two ninja clans will fight the honorable samurai as well as each other in order to capture the sword and gain control of the empire with it. An enthralling book for all ages to enjoy, Grasscutter II will amaze readers with its narrative depth and poetic storytelling.