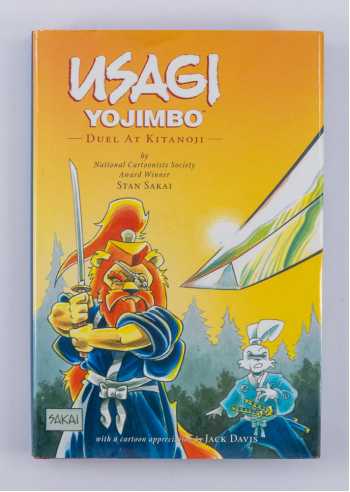 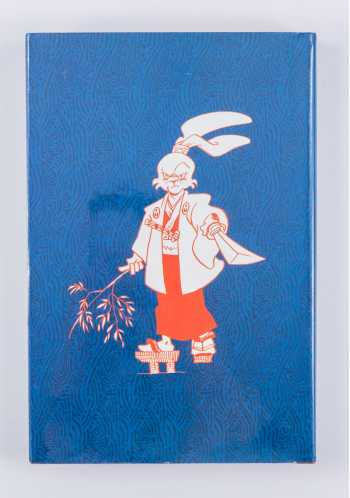 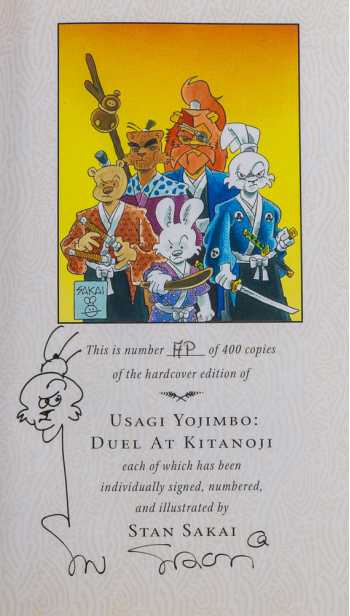 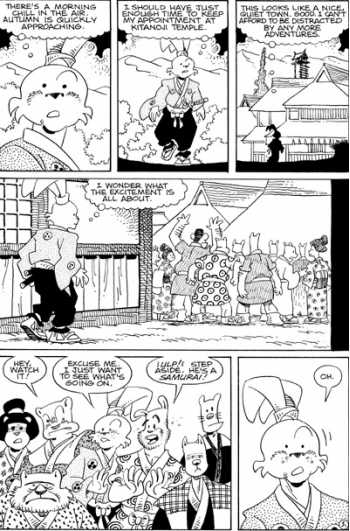 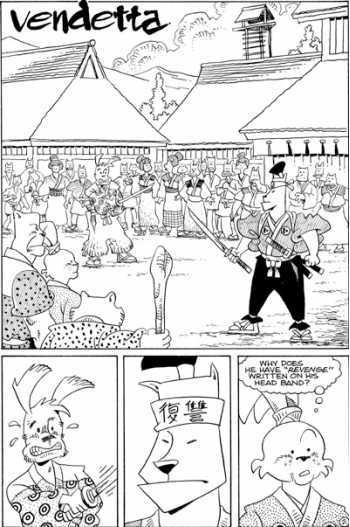 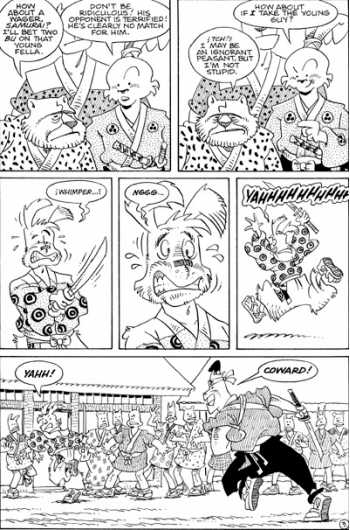 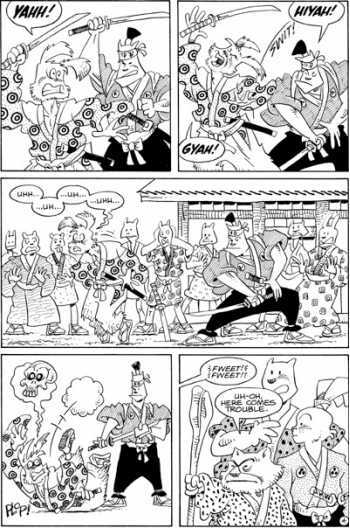 "This is number AP of 400 copies of the hardcover edition ... each of which has been individually signed, numbered, and illustrated by Stan Sakai." It has a bound-in limitation page with an exclusive color illustration and Stan has drawn a small Usagi headsketch next to his name.

Nothing comes easy for rabbit ronin Usagi, not even being a spectator at the planned duel between his former teacher Katsuichi and Katsuichi's rival Nakamura Koji. Before the duel even begins, Usagi becomes embroiled in a dispute between Koji and a local fencing school. Along the way, Usagi discovers a devastating secret -- a weakness in Koji's style. It's a secret that could save his teacher's life, but at the cost of his own honor. This 17th volume of Usagi Yojimbo collects issues #53-60, including the entire "Duel at Kitanoji" story, and a handful of other great shorts.