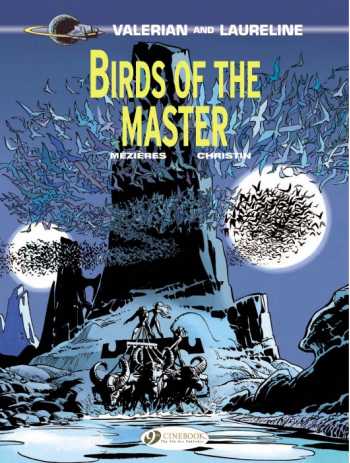 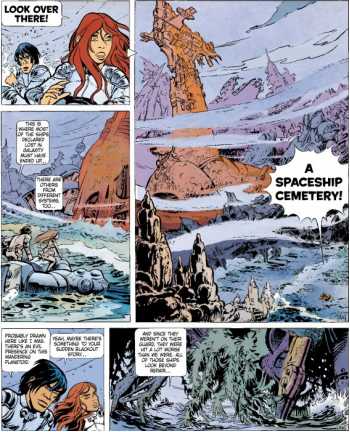 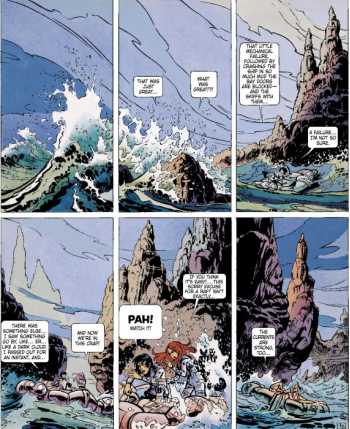 Valerian and Laureline's ship has crash-landed on an uncharted planetoid. The two castaways quickly discover a vast ship cemetery, leading them to believe that their arrival was not an accident. Before long, they make contact with a population whose sole purpose seems to be to gather and produce food for a mysterious "Master." The Terran agents aren't going to be turned into slaves easily, but the Master enforces his will through his terrible agents: the Birds of Madness...