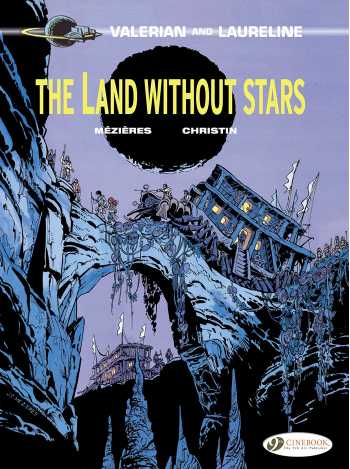 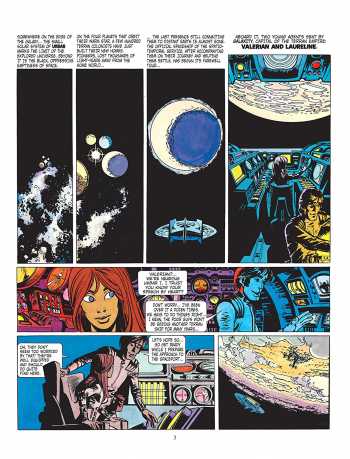 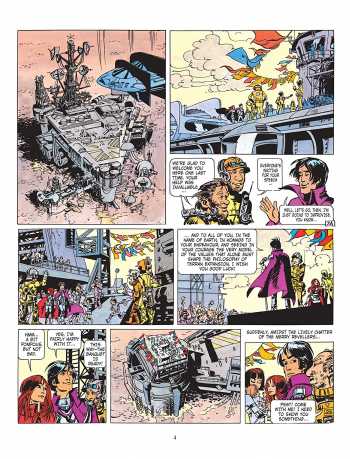 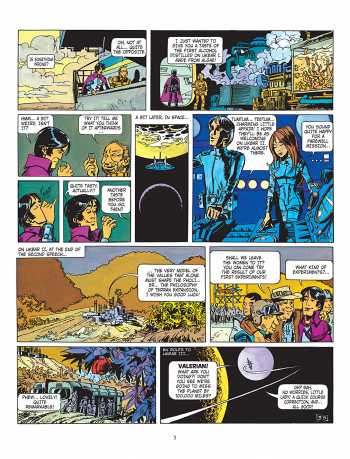 Valerian and Laureline are a pair of galaxy hopping special agents who are dropped into trouble spots anywhere in space and time. It's like a French Star Trek.

Jean-Luc Besson's 2017 feature film is based upon this classic bande dessinee series.

When a rogue planet threatens a new Human colony, Valerian and Laureline are sent to investigate and discover a barren, rocky surface and a whole world beneath it! The people who live inside Zahir have never seen the stars. Divided along gender lines, torn by a senseless and bloody war, they are unaware that their planet is hurtling towards disaster. To stop it, the two agents of Galaxity will have to infiltrate both sides and force a reconciliation.