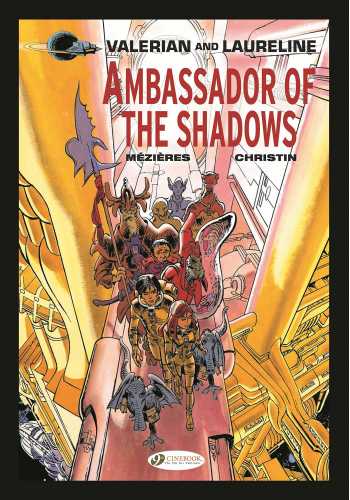 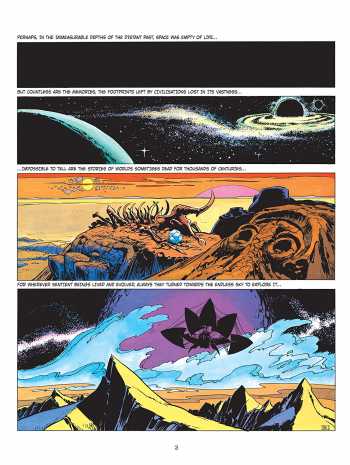 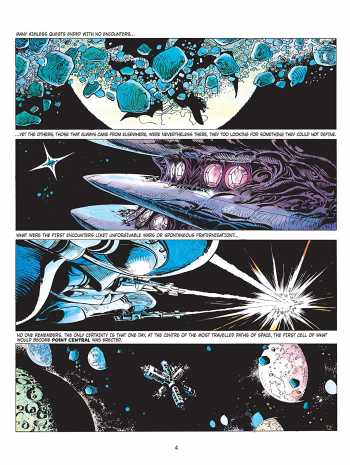 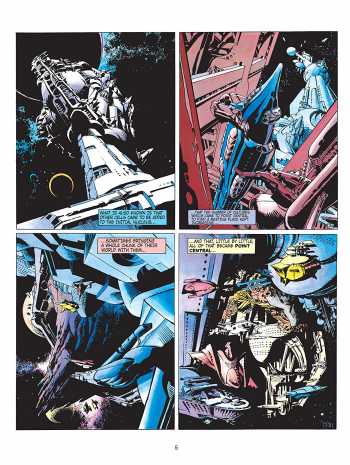 The deluxe hardback edition of "Ambassador of the Shadows", the volume that inspired Luc Besson's new film "Valerian and the City of a Thousand Planets."

Point Central is a multicultural space station that serves as a sort of United Nations to the galaxy. Tasked with protecting the new ambassador from Earth, Valerian is kidnapped alongside his charge in a lightning commando attack. It's up to Laureline to do all the heavy lifting and slog through the seedy bowels of the station as she tries to locate and rescue them and figure out who kidnapped them and why.