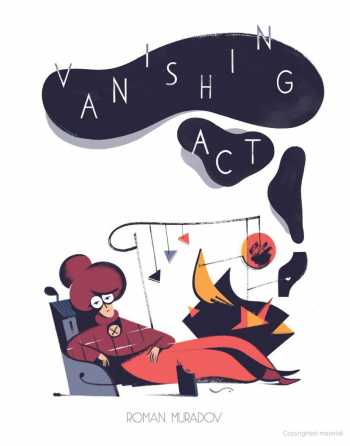 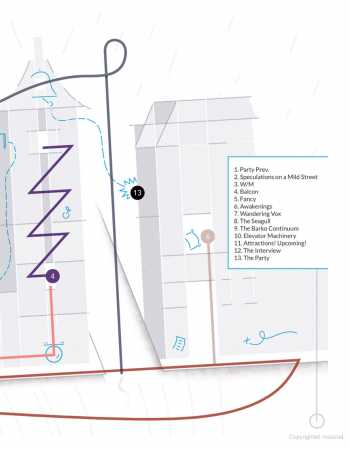 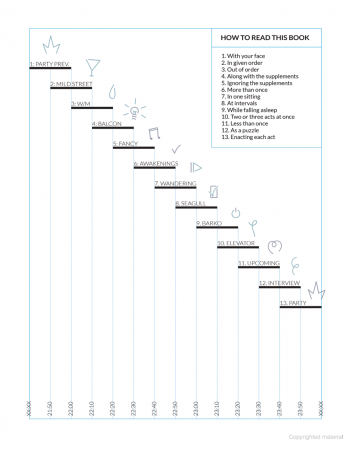 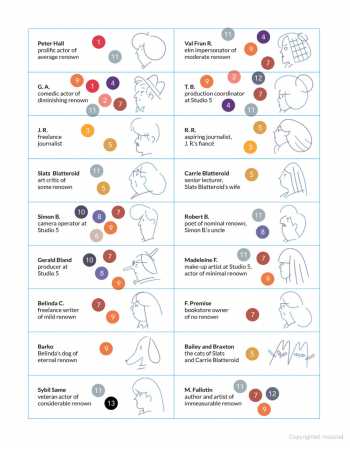 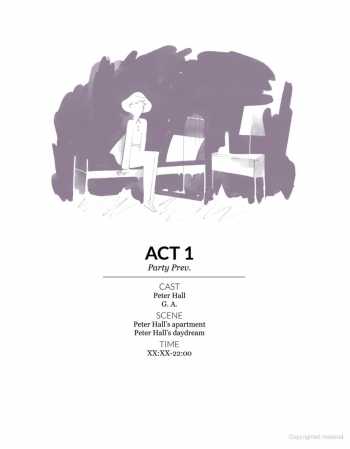 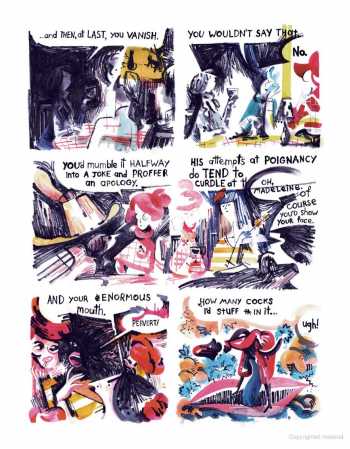 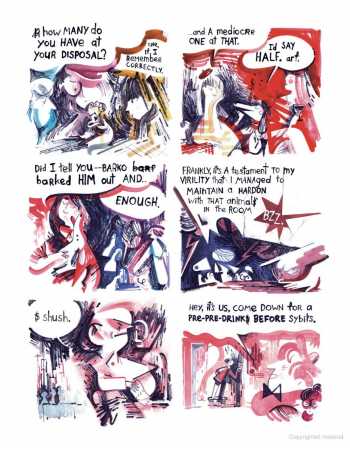 Written and drawn in thirteen tones, from comedy and confession to interpretative dance, Vanishing Act is synchronized in time and space on one melancholy evening. A paranoid man rehearses for an upcoming party. A disheveled actor expounds on the conceptual potential of sitcoms. A beloved dog accesses the internet and starts a cult. A couple argues in reverse. A bored seagull excretes the entire known universe.

"If Jorge Luis Borges could sketch and James Joyce were an art teacher in the digital age, and if both had a healthier tolerance for bathroom humor, then perhaps you'd get Vanishing Act." -- San Francisco Chronicle

"Appealing to art comics fans and scholars, this playful volume proves an elegant exploration of the medium as an expression of perspective and inner experience." -- Publishers Weekly

"You can read Vanishing Act as poetry, as something that conveys itself in an abstract manner, easier to feel than to follow. You can read it as a puzzle-box of art-philosophical ideas. You can read it simply as an aesthetic joyride, and appreciate Muradov's obvious mastery of illustration as he careens between different visual styles. Or all of the above." -- The Comics Journal